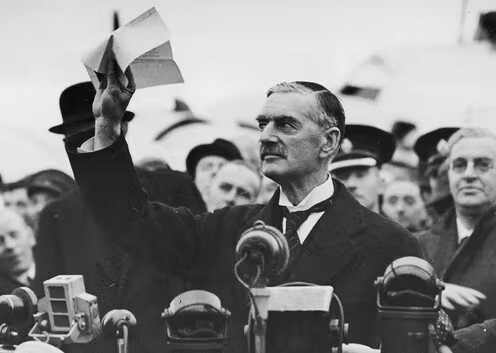 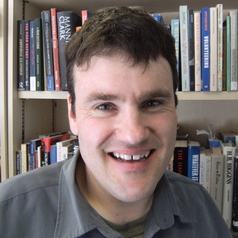 Can historians influence government policy? Should they? And, if so, what kinds of historical knowledge should they produce?

I suspect policy-makers only rarely think of historians as a first port of call when seeking guidance. And historians, for their part, don’t usually have policy-makers in mind as a primary audience. But historians in Australia – as elsewhere – have long been involved in policy debate.

There are traps for those who travel this road. Interpreting the past might offer clues and insights, but it doesn’t normally present clear lessons. The priorities of political players and historians are often in tension, and history risks being misused.

Two recurring examples illustrate this well: the allegation that Australia’s economic decline in the twentieth century was caused by the interventionist policies reversed by the governments of the 1980s and 1990s, and the failure of “appeasement” in the period before the second world war.

In both examples, which I deal with my contribution to a new book, Lessons from History, professional historians have produced careful and accessible research. And yet simplistic versions have circulated within media, think tanks and government, with little or no regard for the evidence.

A ‘guilty’ man goes to Munich

The failure of the policy of appeasing Hitler in the 1930s has been a favourite among politicians wishing to make war. In this story, the villain is Neville Chamberlain, who gave concessions to Nazi Germany in a vain effort to achieve “peace in our time”. He was one of the “guilty men” who backed the 1938 Munich Agreement, betraying Czechoslovakia and encouraging Germany’s next fateful step: the invasion of Poland the following year.

Winston Churchill, as an opponent of such policies, is seen as a far-seeing prophet and then as a heroic national leader. It is the stuff of Hollywood, all there in the melodrama of films like Darkest Hour (2017).

Seemingly harmless as entertainment, this telling has arguably been the costliest instance of historical illiteracy in the modern world. Its example stretches from Korea in 1950 and the Suez crisis of 1956 through the Vietnam war in the 1960s, down to the “war on terror” and its manifestations in Afghanistan and Iraq. In each instance Munich is treated as the ultimate “symbol of weakness in the face of aggression”.

Political leaders use “Munich” selectively and opportunistically. A good example came in 2005, when foreign minister Alexander Downer presented the Earle Page Annual Lecture at the University of New England.

The lecture was delivered at a time when Australia had forces in both Afghanistan and Iraq. The Iraq war, justified by its proponents using the Munich/Hitler analogy, had become unpopular. The case it was a grand struggle against a dangerous global threat had collapsed when it became clear governments had misused intelligence about weapons of mass destruction.

American troops had been exposed as brutally humiliating their captives in an Iraqi prison. Iraq had run an election but was descending into a morass of sectarian violence and deadly terrorism.

Downer felt it was more necessary than ever to see the war on terror – in Iraq and elsewhere – as a “great struggle […] between freedom and terror and its totalitarian ideology”. For him, it was the descendant of previous great struggles such as that against Hitler.

Downer’s purpose was also more narrowly partisan. He wanted to contrast the Coalition as a party of duty and principle, prepared to resist tyranny and defend liberty, and the Labor Party, with its record of what he called “weak leadership” on “appeasement, isolationism and shirking international treaty obligations”. And he wanted to present Labor as a party of weakness in 1938 no less than in 2005.

The principal objection to Downer’s understanding of history might simply be that it is wrong, and not in a disinterested way. As Christopher Waters has shown in his study of Australia and appeasement, the United Australia Party and the Country Party in the 1930s – forerunners of Downer’s Liberals – were full of staunch advocates of appeasement.

Indeed, all the major conservative politicians – Joseph Lyons, Robert Menzies, Richard Casey, Earle Page and Australia’s high commissioner in London, Stanley Melbourne Bruce – strongly opposed war over Hitler’s mounting aggression. Even some days after Germany’s invasion of Poland in September 1939, Menzies remained unconvinced it was worth going to war and hoped for a negotiated peace.

These attitudes might have veered towards cynicism where they were not deliberately dishonest, but they are also comprehensible in view of the circumstances of the time.

The desire to avoid another war was intense. Casey, Bruce and Page had all served in the previous one. The Australian government feared Japan, which it also tried to appease. It worried that a German challenge to Britain would undermine the British Empire’s ability to protect its colonies and dominions in the Far East and Pacific.

Labor leader John Curtin – like Lyons, a first world war anti-conscriptionist – and members of his party were not so much appeasers as isolationists, wishing to keep Australia clear of a war in Europe.

On Japan, Curtin’s views arguably did approach appeasement in the months before Pearl Harbor. But his attitude and approach were hardly distinguishable from those of Menzies. Sensibly, neither wanted a war in the Pacific against Japan if it did not also involve the United States.

Such contexts and nuances are, of course, of no interest to a foreign minister wishing to score points against his opponents. Nor do I doubt for a moment that historians have an uphill struggle in countering the Munich analogy. To win this argument would also mean vanquishing the Churchill cult, an unlikely prospect.

Learning from these pasts

Our only hope in the struggle to prevent the misuse of the past might be to work to increase historical literacy from the ground up, from school through workplace to retirement village.

And the most critical capacity we need to develop is the ability of the decision-makers, and in the media, think tanks and the bureaucracy, to draw nuanced historical lessons informed by a sense of context.

This will not be an easy task. There is limited taste for knowledge that recognises its own limitations and uncertainties. Too many politicians demand a readily usable past that can be slotted into ready-made categories of their own devising.

The quest for historical literacy must also resist the injunctions of conservative education ministers for a history curriculum that reflects their own ideology. It may well require historians to rethink where they publish: the highly specialised article in a top-ranked international journal sitting behind a paywall, beloved of university bean-counters, may well be less significant than the high-quality school textbook.

At the very least, we need to ensure there are avenues of transmission and communication between the one and the other, as well as between the historical profession and policymakers.

Historians must never cease to be themselves, but nor do they have the luxury of being able to shut out a world they have a deep professional and moral obligation to interpret as well as change.

This article draws on Frank Bongiorno’s contribution to Lessons from History, published this week by NewSouth.