Animal activists v private landowners: what does the law say? 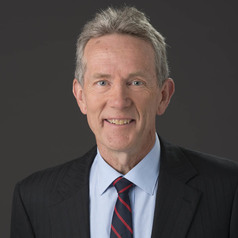 This week, an animal rights charity, Aussie Farms, unveiled an interactive map of factory farms, slaughterhouses and other “animal exploitation” facilities across Australia.

is an effort to force transparency on an industry dependent on secrecy. We believe in freedom of information as a powerful tool in the fight against animal abuse and exploitation.

The map – which also encourages visitors to upload photographs or videos obtained at the properties – drew ire from some farmers and politicians. National Farmers’ Federation President Fiona Simson called it a “gross invasion of privacy” and told the ABC it bordered on “terrorism”. She also said Aussie Farms should be stripped of its charitable status.

Agriculture Minister David Littleproud was equally unimpressed, calling the map an “attack list” for activists. He said it posed biosecurity and other personal risks by encouraging vigilantes to break into properties.

So what does the law say about publicising materials like the map, or airing footage that may have been obtained when trespassing on private property?

The law is somewhat ambivalent when it comes to trespassing on property to photograph and film the conduct of landowners. Trespassing itself is only one factor to be weighed up by the courts in determining whether to protect farmers’ interests.

Courts will only ban the use of footage obtained from private properties as a last resort. They will do so only if the trespasser acted in a manner that the average citizen would regard as unfair, and if the owner would suffer irreparable harm if the publication were to go ahead.

The leading case on this subject is ABC v Lenah Game Meats. DATE? 2001? Activists had placed a hidden camera without permission inside a factory in Tasmania’s Lenah Valley. They later retrieved the camera, which contained evidence of cruelty to brush-tail possums being processed for export.

On objection from the meat processors, a lower court granted an injunction, banning the ABC’s 7.30 Report from airing it on the show. The ABC appealed to the High Court.

The High Court lifted the injunction. It decided that although the footage had been filmed without the owners’ permission and involved a trespass, it was more important for the evidence of animal cruelty to be screened.

The public interest in witnessing greater transparency into suspect meat processing methods trumped the interests of a private business trying to shield its practices from public scrutiny.

What about just punishing trespassers?

So, if they cannot stop the publication, can the farmers targeted by Aussie Farms punish the trespassers privately through the courts?

Farmers can sue for damages (compensation), but they would need to find the actual trespassers and be able to quantify their losses, both of which may be difficult.

Also, what if the people supplying the footage were not trespassers but whistle-blowing employees? There is no joy for farmers here either, because there is no trespass.

Can farmers stop someone who is simply filming over the fence? The law does not assist landowners here either. We go back 80 years to find a High Court decision that says the rights of an occupier or owner don’t include a right to prevent neighbouring occupiers from looking over the fence, or filming from adjacent land.

What about filming from drones? The old law was if you owned the land, you owned the sky. This is no longer the case. The rule today is you “own” the land and sky to a depth and height only for your reasonable use and enjoyment of the land.

Unless the drone is a persistent nuisance, there is no remedy for breach of privacy.

What about revealing personal details?

But surely there must be a remedy for farmers whose personal details, such as names, addresses and maps of their properties, can be found online? Well, no, not unless the farmer can establish, under defamation law, he or she suffers an injury to their character by that publication.

The test is: does that website, in naming people who it asserts may be cruel to animals, hold them up for contempt or ridicule, and harm their reputation in the eyes of right-minded observers? It’s not an easy case for farmers to win, because few people are going to think less of farmers just because they are slaughtering meat for the market.

The defendant may argue a right-minded person would give some leeway for primary producers in putting food in the marketplace, so the activists’ information-spreading exercise can’t be defamatory.

And if there was clear evidence of cruelty, the activists have a defence against a claim for defamation because what they were saying was true.

One would hope a constructive dialogue will emerge out of this that will usher in a world of best-practice farming. This should improving the live animal export business, which remains perpetually under a cloud. But it’s unlikely the use of the term “terrorism” by the critics of Aussie Farms is an ideal start for any such dialogue.