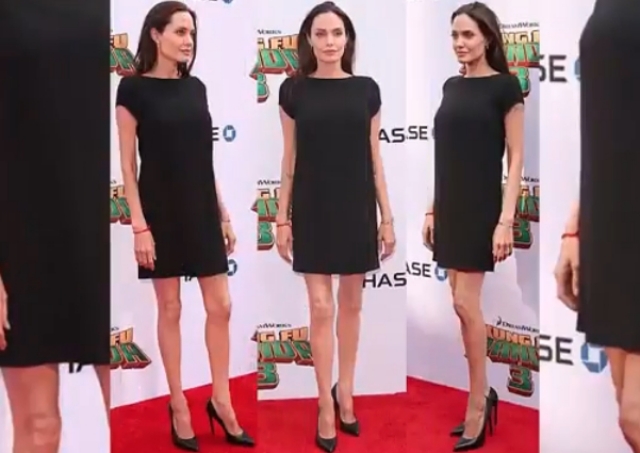 Angelina Jolie is not in good health, and people around her are worried that she will collapse any time. The “Maleficent” actress is said to be very thin now and looks haggard so even her co-stars and staff on the set of her new film is really concerned about her health while they are shooting in New Mexico.

Jolie is currently filming “Those Who Wish Me Dead” in Albuquerque, and as per the report that appeared on the National Enquirer, she is having a difficult time working and going through the shoot. The source revealed that Brad Pitt’s ex is not eating well, she is severely malnourished as she barely eats.

It was added that Angelina Jolie only eats fruits and nuts, and even these were served in small portions, so it is no wonder that she is getting thinner. If there is anything that she eats or drinks well, it is coffee which suppresses her appetite.

“She’s rarely if ever seen drinking water so she must be dehydrated – and that’s a terrible scenario when she’s working 12 to 14 hours a day in the searing heat,” the tipster went on to say.

However, this report is apparently incorrect. In fact, the National Enquirer already reported the same thing in 2013. The tabloid reported that Angelina Jolie collapsed in Africa during a mission work and Brad Pitt was with her at that time. She was also described as “skeletal,” and the incident was said to have been kept secret and they flew back to Los Angeles.

The truth is, Jolie, did not collapse, and rather, she is having a good time in New Mexico with her kids who were staying with her as she films her movie. According to E! News, the actress, and her children usually spend the weekends together, and they are happy. This means that she is healthy, eating well, and in good overall condition despite the reports. How else could she still play with her kids if she is sickly thin and really malnourished?

"They have been spending time in Albuquerque over the last month," the source told the publication. “They have taken multiple Target runs and love shopping and going out to eat. Angelina spoils them with carts full of toys and sporting goods.”