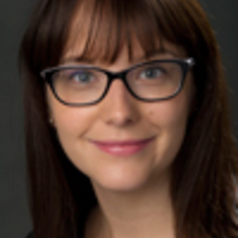 In March, 15,000 people attended the Lost Trades Fair in the country town of Kyneton, Victoria. Eighty rare trades were on show, including fletchers, bladesmiths, coopers and milliners.

Common household items, such as knives and furniture, were on sale. These were hand-made and very high quality. But the point of the fair was really to see the trades in action, with items handmade in front of attendees.

The event’s organiser, chairmaker Glen Rundell, was struck by the level of interest from the public. He took this to be an encouraging sign that handmade and bespoke trades would not be lost. Instead, they would find a new path as part of a growing enthusiasm for “maker” culture.

Maker culture’s appeal is clearly partly due its community engagement and anti-consumption ethos. But it also seems to be a response to conditions of work in the knowledge economy that prevent many workers from experiencing the satisfaction of a job well done. One of the problems with work today is that companies do not value quality-driven work.

Contemporary work is characterised by short-term appointments and flexible workers with transferable skills. According to sociologist Richard Sennett, in contemporary businesses, teamwork is the ethic that governs, with “superficial co-operativeness” taking the place of ongoing commitment to a task.

In many instances, individual performance becomes obscured, devalued, or even ignored. This can kill motivation. As behavioural economist Dan Ariely has noted:

Ignoring the performance of people is almost as bad as shredding the work in front of their eyes.

With most contracts on a short-term basis, the quality of the result produced becomes less important. There is no guarantee that a manager or supervisor will be in place long enough to notice, let alone reward, the efforts of devoted employees. This lends work a surreal quality and renders it less fulfilling.

Author Matthew Crawford suggests that despite the “proliferation of contrived metrics they must meet”, office workers often feel that their jobs lack:

… objective standards of the sort provided by, for example, a carpenter’s level.

In a recent study of Australian workers, I found that some participants were disengaged from work because they felt their efforts did not matter. For instance, a project manager in financial services described her work:

Well, it’s just not real, is it? The whole stock exchange is not real. It’s money filtering into numbered accounts you know, with digit 38451 … it’s not rewarding on a humanitarian level.

In addition, she felt little motivation to try to achieve results for her current employer:

Staying at the one place doesn’t show flexibility; that you can adapt … I don’t know whether people are that interested in loyalty now, they’re interested in people who can get things done fast, efficiently.

Two former IT professionals in Melbourne have recently opened a community makers workshop, Splinter & Callous. It offers members the chance to:

… be more than a consumer, be a creator.

The workshop provides space and equipment, and is staffed by experienced mentors in wood- and metal-work. The target market is office workers looking for a chance to get “hands-on”.

Small household items are mostly what is being made. Some of the products include furniture, bookshelves, bike stands, potplant holders and beer caddies. The makers keep the finished products.

One of the workshop’s founders, in his former job:

… felt he was missing out on something by working in an office all day. Spending long hours working on abstract projects with no tangible outcomes, he developed a longing to do something hands-on.

The workshop emphasises the wellbeing of office workers. This is a new direction for the Maker Movement, which has focused on encouraging innovation through events like Maker Faires. Initiatives like Repair Cafes stress sustainability and promote the sharing of skills.

The Splinter & Callous workshop encompasses these aims but adds a particular focus on providing a source of fulfilment that workers in the knowledge economy often lack.

This desire to create something tangible is used in a recent advertising campaign for Victoria Bitter, with the satisfaction of a job well done being linked to a well-deserved drink when a job is completed.

‘Not everyone gets to stand back at the end of the day and have something to show for it’.

Advertisements like this tap into an ethic of craftsmanship. Sennett has defined craftsmanship as “quality-driven work”, not limited to manual trades. Craftsmanship involves becoming highly skilled at a particular task and producing an excellent result. It refers to:

… an enduring human impulse, the desire to do a job well for its own sake.

Unable to produce high-quality, meaningful results in their paid work, people are increasingly looking to satisfy this need in their leisure time.

Sara James does not work for, consult, own shares in or receive funding from any company or organization that would benefit from this article, and has disclosed no relevant affiliations beyond the academic appointment above.