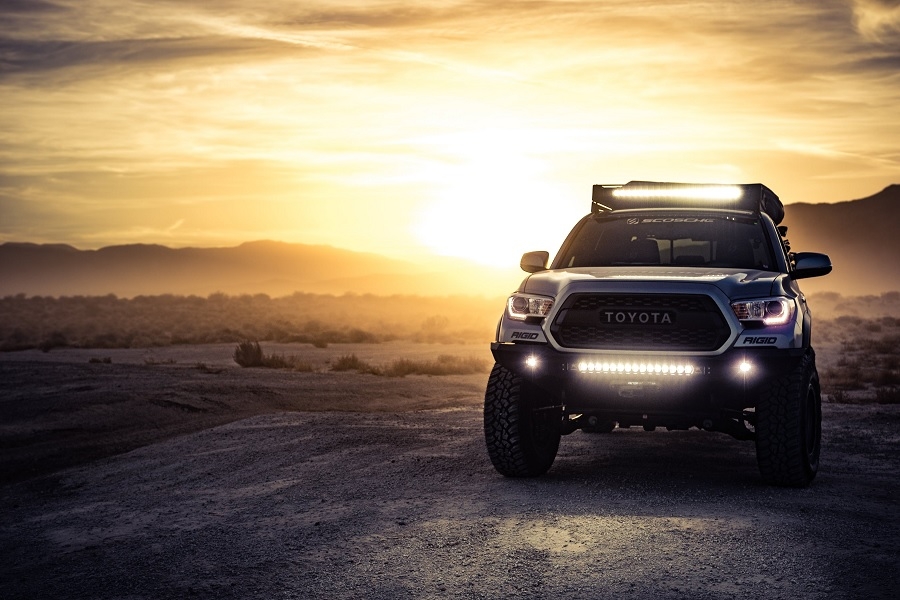 Toyota recently released a series of teaser photos that highlight some of the features confirmed for the upcoming 2022 Toyota Tundra. While a release date for the vehicle is still unknown, one of the official images is speculated to include the possible launch schedule.

The 2022 Toyota Tundra was first unveiled in June with a promo image that shows how the exterior will change compared to the preceding model. But the set of photos Toyota released earlier this week gives automobile enthusiasts a glimpse of the interior upgrades.

The unveiling of the latest 2022 Toyota Tundra teasers also came with a brief press release, where the company confirmed that the full-size pickup truck would be hit the road sometime this fall. Toyota is likely to hold an official unveiling event weeks or months before the third-generation pickup truck hits the road later this year.

However, Torque News suggests that the potential date of when the 2022 Toyota Tundra will be fully unveiled could be hiding in plain sight. It refers to the charging iPhone in one of the promo images with the clock set at 9:19. The same report suggests this could be an Easter egg hinting at a launch event happening on Sept. 19. While it is an interesting find, it is still best to take this with a grain of salt. With the provided fall release window, the redesigned pickup truck could arrive in car dealerships closer to the holiday season.

The latest sneak peek into the 2022 Toyota Tundra highlights a couple of features that should make driving the pickup truck a little more convenient than the previous models. As expected, many of the selling points of the upcoming vehicle are in the interior. Toyota showed the pickup truck will feature a rotating dial surrounded by several buttons for different driving modes, including the Multi-Terrain Select, the staple tow/haul mode, and downhill assist control/crawl mode.

The adventure is in the details... what do you want to see next? The all-new Tundra, coming this fall: https://t.co/vXuaH9X8tB #Tundra #LetsGoPlaces pic.twitter.com/DsxuKt4qP4

2022 Toyota Tundra’s interior also features a sizable pad for charging where drivers or passengers can dock their phones that support wireless charging. On the company’s official website, it is confirmed that the charging pad uses Qi wireless technology, which uses electromagnetic induction to transfer power. Toyota then tells future owners of the vehicle to “avoid placing metal objects between the wireless charger and the mobile device when charging is active.”

Photo by Scosche from Pexels