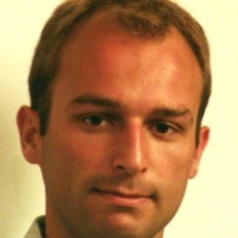 At the 2017 general election, the UK’s two largest political parties both agreed that the current system of free movement would end when the country leaves the European Union. The Labour Party has since shifted to a position which supports remaining within the customs union and single market for the duration of a transitional period after Brexit in March 2019. But it has also made clear that it would only make this relationship permanent if it were able to renegotiate EU free movement rules. For the Conservative Party, its manifesto aim of bringing net migration down to the tens of thousands would necessitate the end of free movement.

This naturally poses a question about what system might replace the current rules. In a new report that I co-authored with Zoe Gardner for the campaign group Another Europe Is Possible, we looked at several case studies of immigration systems where workers had less secure rights to remain. These were the now defunct “guest worker” system in West Germany, the Temporary Foreign Workers Program in Canada, the labour force hired to help build stadiums for the 2022 FIFA World Cup in Qatar, and the UK visa system for domestic workers from outside the European Economic Area (EEA) in private households.

All these programmes use a system of work permits which mean migrant workers do not have a right to remain beyond their visa’s allocated time in the country and also require the sponsorship of an employer. This goes against article 23 of the Universal Declaration of Human Rights which upholds the principle of a “free choice of employment”.

In the Canadian system, workers are only allowed to move employer with the explicit approval of the immigration office. The UK visa for non-EEA migrants undertaking domestic work in a private household has been sharply attacked for tying workers to the sponsoring family. While the government did review these prescriptions in 2016, it rejected demands to substantially change the system. The very tight six-month time limit on the visa still effectively stops a migrant worker finding new employment without imperilling their right to remain.

Amnesty International has highlighted the exploitation of migrants working in Qatar to build football stadiums, which bear similarities to the old West German guest worker programme. Both systems saw migrant workers housed in army-style barracks, inevitably damaging social cohesion by restricting their ability to connect and intermingle with local residents. Political rights, such as freedom of assembly and association, a free choice of employment, the right to move within the host country, or a pathway to citizenship, have been denied to migrant workers in Qatar just as they were for those in post-war West Germany.

These types of temporary work visa are now being mooted in the UK as alternatives to EU free movement. While the UK already has a visa category which closely resembles these models for non-EEA migrants doing unskilled or low-skilled work, called Tier 3, this visa has never been used.

As part of the debate over post-Brexit immigration policy, some within the Labour Party have suggested opening the category. Despite the leaking of an 82-page Home Office draft document on immigration, Conservative government policy within this area remains vague. However, the leak did discuss the potential use of work permits with a maximum duration of two years for low and unskilled workers.

If the Tier 3 visa route was opened, workers coming into the country would require the sponsorship of an employer, or agent acting on their behalf. They would have no right to change jobs for the duration of their stay in the country, and would be housed in accommodation provided by their employer. They would have no right to bring family members with them for the duration of the stay – which would be in violation of the right to family reunion recognised in international law. It was envisaged that this visa system would only be used with migrants from countries that had formal “return arrangements” where the UK could deport people. This underlines the insecure and temporary nature of their legal status.

There are at least two likely consequences of introducing this kind of system in post-Brexit Britain. First, it would sharply reduce the bargaining power of migrant workers over their pay and conditions, making them vulnerable to exploitation by unscrupulous employers. In the UK context, these dangers would be amplified by the use of zero-hour contracts, the outsourcing of operations to reduce labour costs and recent anti-union laws. The end result could be a race to the bottom in pay and conditions.

Second, if a bureaucratic system of permits is established for EU migrants seeking work while tourists from the EU are allowed to travel visa-free, this could unintentionally create a labour market for undocumented migrants.

A focus on rights changes minds

Ultimately, free movement is a system based on rights. EU citizens living in the UK (and UK citizens in the EU) currently have a conditional right to work and study elsewhere in the EU based on the core principle that they cannot be discriminated against on the grounds of nationality.

There is some evidence that emphasising this rights-based aspect of EU/EEA free movement rules can shift opinions in the UK debate. One opinion poll from July 2017 found that a majority of Leave voters support maintaining free movement after Brexit if it is explained as a set of rights giving UK citizens the chance to live in other EU states. This suggests politicians who have the confidence to combine supporting EU free movement with a new agenda for social rights in the UK labour market may not suffer at the polls.

Alternative systems of time-limited and employee-sponsored visas risk further eroding the bargaining power of migrant workers. And this could have negative knock-on effects for all workers in the UK.

Luke Cooper is the convenor of the Another Europe Is Possible campaign and a member of the Labour Party.