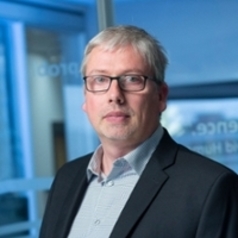 For more than 150 years, the United States and Canada have shared what is commonly called the “longest undefended border” in the world. And yet in the midst of the coronavirus pandemic, reports emerged that the United States was intending to place military troops near the border as part of Washington’s plan to stop the spread of COVID-19.

Prime Minister Justin Trudeau said such a move would be a “mistake”. After several days of confusion, Trudeau announced the U.S. had, at least temporarily, backed off on any plans to send troops in response to fears that infected people could illegally cross the border.

What’s behind this threat by the United States to militarize its northern border? For the answer, look to America’s southern border.

Leaked documents revealed that U.S. Customs and Border Protection (CBP) had requested the Department of Defense deploy more than 1,500 troops to both the southern and northern borders to support border enforcement during the coronavirus pandemic.

The leaked memo referred to “illegal entries” having “the potential to spread infectious disease.” The memo did not clearly explain how these troops were going to be used — only that they “will not conduct civilian law enforcement activities.” The conditions of the use of force were also unclear.

Canada and the United States had already agreed to close their land border to non-essential travel as a way to stop the spread of COVID-19. That decision did not mean the border would be entirely closed — the flow of goods by land was vital for both economies and would not be stopped. Cross-border commutes related to grocery shopping, studies and work were still allowed as well.

Canada’s diplomatic response to the American attempt to militarize its northern border, generally polite but at times tense, is not surprising given the asymmetrical Canada-U.S. relationship.

‘Sleeping with an elephant’

In 1969, Canadian prime minister Pierre Trudeau famously said that living next to the United States “was in some ways like sleeping with an elephant. No matter how friendly or temperate the beast, one is affected by every twitch and grunt.”

Because of this structural asymmetry, Canada-U.S. relations dramatically changed after the terrorist attacks of 9/11. Despite Canadian efforts to meet U.S. security demands against terrorism, Paul Cellucci, the U.S. Ambassador to Canada, bluntly stated in 2003 that “security trumps trade.”

And yet both national economies are deeply interdependent. In the early 2000s, 87 per cent of Canada’s trade went to the U.S. and about one-quarter of America’s trade came to Canada. In 2018, U.S. exports to Canada accounted for 18 per cent of its overall exports, totalling US$363.8 billion, while Canada’s exports to the U.S. had a partner share of 75 per cent, totalling US$337 billion.

The metaphor of the “Mexicanization” of the U.S.-Canada border was used to reflect the primacy of this security agenda on both Mexican and Canadian borders.

The traditional U.S. security focus on drug and illegal immigration on the southern border was renewed after 2001 — but terrorism and weapons of mass destruction also became one of the key national security priorities, which also applied to the northern border.

In this new context, U.S. border workers contributed to make both borders more uniform: CBP officials who are trained and on duty on the Mexican border later move to the Canadian border. They bring with them the corporate culture of CBP from the southern border — values, beliefs and behaviours tainted with U.S.-Mexico border challenges.

In parallel, a longstanding collaboration between CBP and the Canadian Border Service Agency (CBSA) exists. But it is essentially focused on U.S border monitoring and law enforcement, which is very similar to CBP’s management of the southern border with (or without) Mexican authorities.

The Mexicanization of the northern border conveys the idea that the Canada-U.S. bilateral relationship is far from being unique — or special. The U.S. increasingly sees Canada as just another border where national security threats emerge without distinction.

But the leaked CBP memo shows there is no longer a distinction between the southern and the northern borders. Both are seen as a threat to the safety and security of the United States.

It also shows the world’s longest undefended border is just a fig leaf — an egalitarian symbol in order to hide the deep imbalance between the two countries.