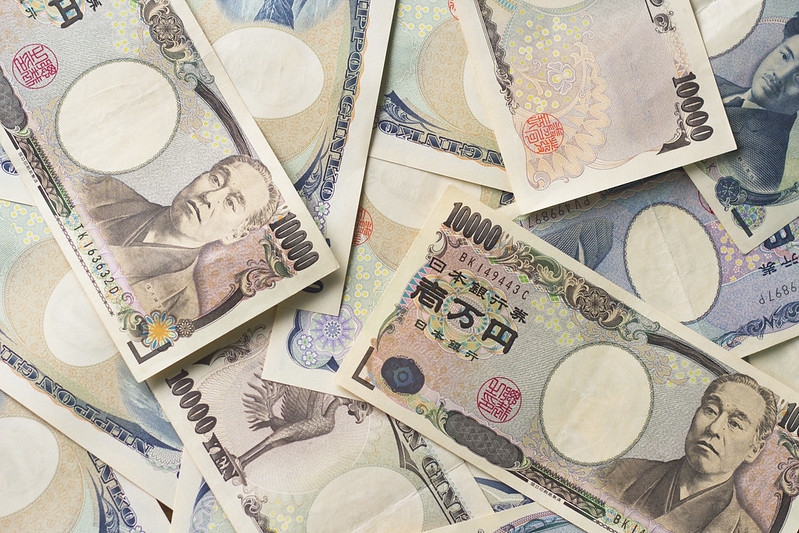 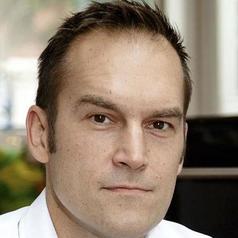 Fear is contagious – not least in financial markets. When it turns to panic, it spreads fast in today’s interconnected and technologically advanced trading world. Assets that are associated with some kind of risk fall in value – witness the plunges of 25% that we have seen in global stock markets since coronavirus fears took hold.

When panic moves across the world like this, there are only a few places to take shelter. These are referred to as “safe havens”. Because traders and investors know to seek refuge in these places, they can quickly become very crowded. The increased demand therefore often sends their values soaring.

The list of safe-haven assets is short and tends to include precious metals, bonds issued by countries seen as least likely to default, and the currencies in which those bonds are denominated.

The Japanese yen has been a favourite in recent times. The Swiss franc is another, with Switzerland’s long history of low inflation and political financial stability. But the yen has the added attraction of being more liquid, meaning it is more readily available to trade.

German government bonds are very popular, too, but Japan’s economy is larger. Germany also doesn’t have its own currency, and the eurozone crisis revealed that the euro still has some way to go before it can be classified as a genuine safe haven.

This leaves the US dollar. The greenback remains the undisputed global reserve currency. It is also the currency denomination of US treasury bills, which are by far the most frequently used example of a “risk-free” asset in academic textbooks.

Yet it makes more sense to observe what traders and investors actually do in a crisis. In the aftermath of the 9/11 attacks in 2001, the Madrid train bombings of 2004, the Lehman collapse in 2008, the eurozone crisis in 2010 and the Brussels bombings in 2016 – to name only a few examples – traders and investors bought Japanese yen over most other currencies, including the US dollar.

Japan has not always been a safe haven. The Japanese banking crisis during the late 1990s involved not only a credit crunch and a stock market collapse, but also a much weaker yen. Back then, financial traders treated Japan more or less like a “normal” country. After the crisis, the perception gradually changed. It is difficult to pinpoint the exact causes, but three factors seem relevant.

First, in response to the banking crisis, the Japanese government introduced a string of policy measures, such as bank capital injections and new laws giving the authorities better tools to deal with bank failures. Painful lessons were learned, and in contrast to the US and Europe, Japan entered the financial crisis of 2007-09 with a relatively stable banking system.

Second, Japan has held the position as the world’s top creditor nation for nearly three decades, heavily buying the likes of bonds issued by other governments. When panic hits the markets, many of these bonds will be offloaded and converted back into yen, driving up demand for the currency as it returns “back home”. Peculiarly, this even applies to panics originating in Japan. When the devastating Tōhoku earthquake and tsunami struck in 2011, for instance, it resulted in a stronger, not weaker, yen.

Finally, the Bank of Japan was a pioneer in launching unconventional monetary policies like quantitative easing and near-zero interest rates to revive the economy. This enables investors to engage in so-called “carry trades”, whereby they borrow in Japan, taking advantage of the low-interest-rate environment, and lend or invest in countries where the returns are higher, such as Australia. During a panic, some carry trades are unwound. The outcome: money flows back to Japan, and the yen strengthens further.

Despite all this, an increasing number of observers have been questioning whether Japan still deserves its safe-haven status. Near-zero interest rates have almost become the new norm in developed countries, so the relative attractiveness of the Japanese yen is less evident. Japanese banks have also become more risk-seeking, particularly abroad, whereas their European and American peers have attempted to make boring banking exciting again.

The Japanese financial system is comparatively more fragile than a decade ago. Japan has an extraordinarily high debt-to-GDP ratio, an economy that shrank 7.1% on an annualised basis in the fourth quarter of last year, an ageing population, and is geographically and economically close to China. This proximity makes Japan particularly sensitive to fluctuations in US-China trade relations and, of course, the spread of the coronavirus. Indeed, as the Diamond Princess found itself docked outside Yokohama with 2,600 people in quaratine, the appeal of the Japanese yen looked very questionable.

But fear is not the same as panic. With Italy having placed 16 million people under quarantine and Saudi Arabia launching an aggressive oil price war, the real test took place on Monday March 9. Neither fear nor panic are enough to describe how the financial markets opened that day. Newspapers would describe it as a “bloodbath” or “Armageddon”. In the midst of this, the Japanese yen hit multi-year and even all-time-highs against a range of currencies. On the next huge market sell-off on Thursday 12, the yen was again in very high demand. 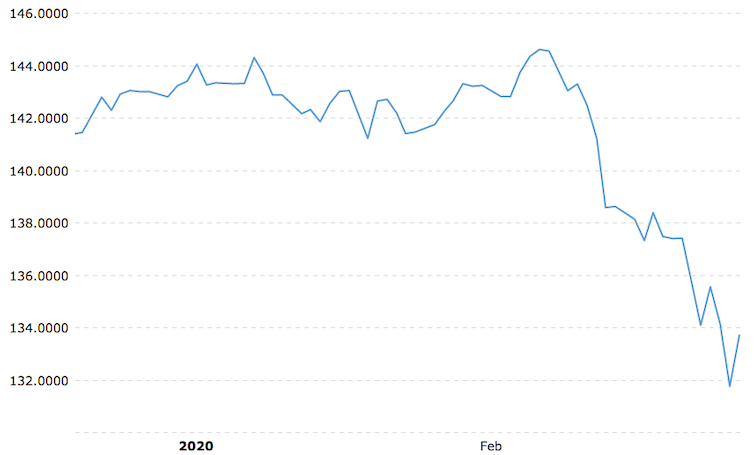 Japanese yen vs US dollar 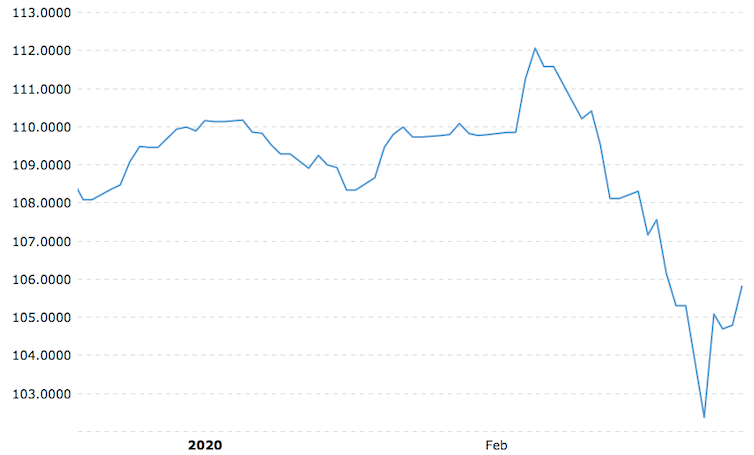 Sceptics may still argue that the process of losing safe-haven status can be gradual. But this misses the whole point. A safe haven is not a theoretical construct, but the place where traders and investors seek shelter in practice when all options have been explored – including all the half-way houses. Judging by the events during the market crash of March 2020, the Japanese yen is still the safe-haven currency par excellence.