What the Brexit White Paper says (and doesn't say) about trade 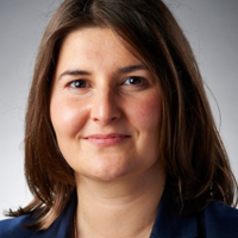 Two of the 12 priorities set out in the UK government’s Brexit White Paper are focused on trade:

In terms of trade with the EU – the UK’s largest trading partner – the White Paper makes clear that the UK will not be seeking membership of the single market and the customs union. Instead it will pursue “an ambitious and comprehensive Free Trade Agreement and a new customs agreement”. This is in line with the government’s desire not to abide by the single market’s freedom of movement rules.

However, the White Paper still lacks clarity on the matter. It stresses the interconnection of the UK and EU markets in many sectors (automobiles, agriculture, transport, financial and other services), and argues for the need to reach an agreement that guarantees continued stability in the trade relationship. Yet, by leaving the single market and customs union, the conditions of trade will be different. In its desire for continuity in the parts that are seen as beneficial to the government, while relinquishing participation in less desirable areas, the document bears some echoes of the “have our cake and eat it” approach.

A preferential trade agreement with the EU, by its nature, cannot be as inclusive as full membership of the single market. This is recognised in the White Paper with the reiteration of a bespoke deal that differs from any other formal relationship the EU has established with non-EU members. The European partners have made it clear that a bespoke future agreement for the UK cannot give all the trade benefits of single market access minus the movement of people and European Court of Justice jurisdiction. So the exact nature of the proposed Brexit deal remains unclear.

Moreover, the White Paper emphasises close ties in all sectors, without indicating government priorities. The challenge of specifying which sectors they will seek to defend most in negotiations, and which they are willing to sacrifice, remains.

The White Paper states there may be European programmes that the UK wishes to participate in and, in exchange for that, the government will pay into the EU budget. There is no indication what these programmes may be, but are likely to be education and scientific research programmes. This should not be particularly controversial as many non-EU countries participate in a number of EU programmes, such as Israel. Likewise, given that the UK already applies EU customs procedures, a customs agreement should, in principle, be relatively simple to reach.

Rest of the world

Securing trade agreements with other states, like the US or Asian economies, will also create winners and losers within the UK. Trump’s desire to defend US manufacturing and Asian competitiveness in this sector could make it challenging for UK negotiators to get winning deals for automobiles and other manufacturers. Meanwhile, improving market access for UK service providers abroad – a long-standing goal of UK and EU trade policy – will also encounter resistance, especially in Asia, where states like India attempt to link access to its market to developed states by accepting short-term Indian migrants to deliver services. The government’s enthusiasm for these deals fails to take this into account.

Officially, the UK cannot legally sign trade deals with other states until leaving the EU fully. Crucially, until the government is entirely clear on what its post-Brexit tariff quotas will be and, more broadly, which sectors it wants to prioritise in gaining access to overseas markets (as well as those it may be willing to sacrifice) substantive negotiations cannot be undertaken.

The White Paper underestimates the challenges of negotiating trade deals. While other states, including the US, may well have the political will and desire to negotiate post-Brexit deals with the UK, they will seek to defend their own interests in those agreements. President Trump’s “America first” approach makes that clear. But even other partners like Australia and New Zealand will seek their own gains. They will demand more access for their agricultural products, for example, possibly to the detriment of UK agricultural producers, who will have also lost EU agricultural support.

Negotiating trade deals is a tremendous task and requires clarity for each and every economic sector involved. Unfortunately, the White Paper gives little detail on this. Considering the UK is leaving the world’s largest trading bloc – which brings with it a huge amount of clout in negotiations – it will need to sort out these details for its forthcoming negotiations.

Maria Garcia has received funding from the ESRC.