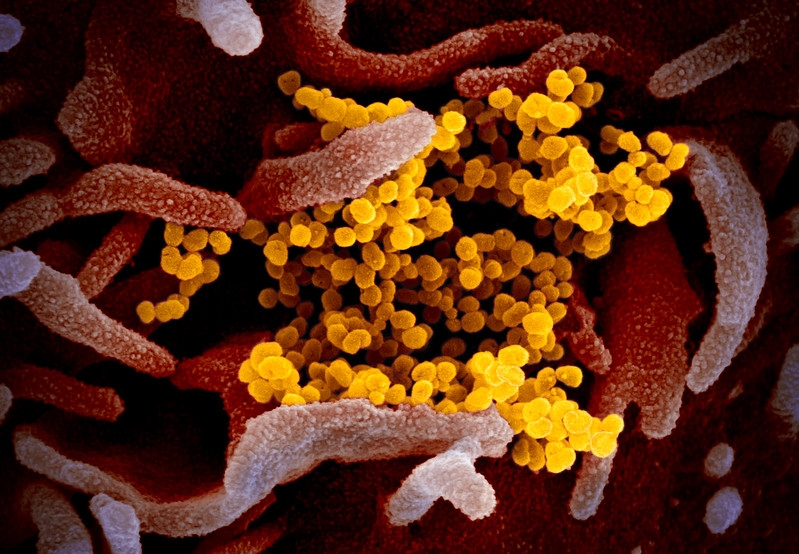 It is critical to learn more about SARS-CoV-2, including its source and why transmission appears to be more efficient than with previous coronaviruses. 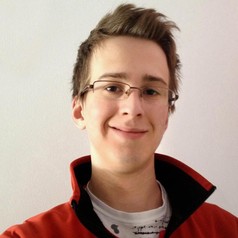 With an increasing number of confirmed cases in China and 24 other countries, the COVID-19 epidemic caused by the novel coronavirus (now known as SARS-CoV-2) looks concerning to many. As of Feb. 19, the latest numbers listed 74,280 confirmed cases including 2,006 deaths. Four of these deaths have occurred outside of mainland China: one each in the Philippines, Japan, Hong Kong and France. The case in France is the first COVID-19 death outside of Asia.

The World Health Organization (WHO) declared on Jan. 30 that the outbreak constituted a Public Health Emergency of International Concern.

In light of these events, health experts around the world are now divided as to whether this event will become a pandemic, or whether it will be possible to contain transmission of this virus.

In a recent New York Times article Dr. Thomas R. Frieden, former director of the Centers for Disease Control and Prevention, said it was “increasingly unlikely that the virus can be contained.” In the same article, Dr. Anthony S. Fauci, director of the U.S. National Institute of Allergy and Infectious Disease (NIAID), said, “It’s very, very transmissible, and it almost certainly is going to be a pandemic.”

On the other hand, the WHO remains optimistic. Its head of emergency responses, Dr. Michael Ryan, told STAT News, “there’s enough evidence to suggest that this virus can still be contained” and that “until [containment] is impossible, we should keep trying.”

This brings us to the scientists and experts who are doing just that, throwing everything they have at this public health issue. Some are focused on treating patients with existing or novel therapeutics, others are focused on stopping transmission between individuals by developing a vaccine. Luckily for scientists, lessons learned during the 2013-16 West African Ebola epidemic are now enabling the fast-track development of vaccines, without compromising their safety and efficacy.

Of course, it is critical to learn more about this specific novel virus, including its source and why transmission appears to be more efficient than with other coronaviruses.

CEPI, the Coalition for Epidemic Preparedness Innovations, is an international, not-for-profit organization with the mandate of accelerating the development of vaccines against emerging infectious diseases. On Jan. 23, it announced financial support to three institutions for the development of a vaccine against the newly identified coronavirus: Inovio Pharmaceuticals Inc. and its “DNA platform,” the University of Queensland and its “protein clamp platform” and a Moderna Inc. partnership with NIAID using its “mRNA platform.”

On Jan. 31, CEPI also announced an extended partnership with CureVac, a biotechnology company, to adapt its RNA vaccine platform to SARS-CoV-2. Four days later, CEPI launched a call for proposals to develop new vaccines against the novel coronavirus, open to all organizations meeting its criteria and in possession of a readily available platform.

Johnson & Johnson has also announced its participation in vaccine development, using its “adenovirus platform,” which consists of a virus that is modified to look like SARS-CoV-2, but is unable to cause disease in humans. GlaxoSmithKline, another large pharmaceutical company, recently announced a partnership with CEPI to offer access to anyone who would like to use its adjuvant platform (adjuvants are components that can be added to vaccines to increase the generation of an immune response).

Finally, adding its name to the list, the University of Hong Kong also announced it already had a vaccine, designed from a modified influenza virus vaccine.

But what do these platforms mean? Why are so many different organizations working towards the same goal of developing a vaccine against one pathogen? Wouldn’t it be easier if everyone worked together, instead of trying such a wide variety of approaches? The answers to these questions are not so simple.

Vaccine platforms are tools that scientists can use to develop a new vaccine, using a similar system to previously successful approaches. For example, one well-known and straightforward approach is the “inactivated platform,” where the pathogen is safely replicated in laboratories, inactivated and then administered as a vaccine.

Although these platforms use different approaches, they all have the same overall goal of training the immune system of the vaccinated individual to quickly recognize a pathogen inside the body.

So why are there so many different platforms? Well, each platform has its own advantages and disadvantages. Some are easier to mass produce, some are known to induce fewer side effects, and some are just better at training particular aspects of the immune system.

With new pathogens like SARS-CoV-2, scientists don’t know which sub-division of the immune system will provide protection, so they aren’t certain which platform will produce the most successful vaccine.

What are scientists doing then?

Vaccine design looks simple on paper, but making it work all the way to human use is a whole other story.

Currently, scientists are working on identifying which parts of SARS-CoV-2 they can use in their vaccines. These parts have to be carefully selected, because they need to mimic what a real infection would look like to our bodies. This has to be done in conjunction with selection of an appropriate vaccine delivery method: the platform that will be used. 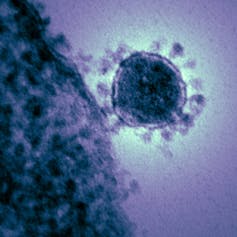 Coronaviruses, like MERS CoV seen here, are named for their appearance under a microscope: projections give the edges of these viruses a characteristic corona, or crown-like shape. (NIAID)

For ethical reasons, once a vaccine candidate is available, it needs to undergo safety and efficacy testing in animals (although exceptions are possible). Not all laboratory animals are susceptible to infection in the same way as humans. This is why scientists are also working to identify an animal model suitable for evaluating candidate vaccines. At this point, many months and tens of thousands of dollars have been invested in vaccine development.

Once animal trials are satisfactory, the vaccine can be administered to humans in a clinical trial to evaluate the vaccine’s safety and efficacy. This means additional months to years (if not decades), and millions of dollars in investment.

The last steps are often out of the scientists’ hands. The vaccine must be registered and receive regulatory approval, produced at large-scale and distributed. Although these steps take only a few lines to list here, they can take years to actually achieve.

On the other hand, health experts tell us over and over again that if we’re lucky and everything goes well, we could have a safe and effective vaccine in about a year. It remains to be seen at what stage of the process we will be in early 2021. If China has managed to build a 1,000-bed hospital in 10 days to counter the spread of the epidemic, who knows what can be achieved in a year on the vaccine side.