We're unsure if e-cigarettes are harmful, but it still makes sense to restrict them 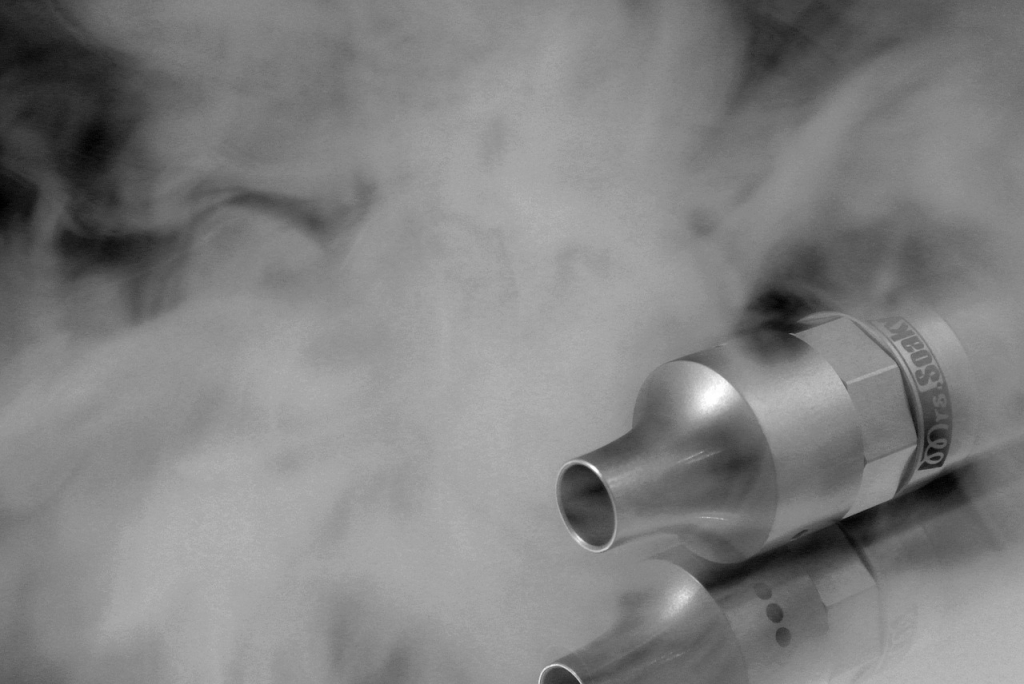 E-cigarettes have rapidly risen in popularity in recent years and are now the subject of heated debate as to whether they are effective in helping smokers quit tobacco or whether they are actually making smoking attractive to young people. Are they a way for Big Tobacco to protect its profits in markets where smoking is declining and lure people back into nicotine addiction or are they just a fashion that will quickly lose its appeal?

Given that vaping has been around for barely a decade and studies into the long-term effects take time, we cannot answer these questions with certainty yet. The benefits of e-cigarettes' continue to be debated – and the potential risks to non-smokers and young people remain under-explored.

This makes it difficult to make recommendations, but politicians across the world are nonetheless having to decide what to do. The latest country to confront this question is Scotland, where the parliament has just voted to ban under-18s from using e-cigarettes. One of a raft of restrictions, this imposes the same age limit as for traditional cigarettes, bringing Scotland broadly into line with England and Wales. Was it the right thing to do?

Different countries have taken different approaches to vaping. Canada has technically made sales illegal, though regulation remains largely unenforced. While regulation across the US is mixed, San Francisco has just raised the minimum buying age from 18 to 21 years.

In some European countries, – among them Bulgaria, Ireland and Poland – sales and advertising are unregulated. In May, however, new EU regulations will impose standardised quality control on liquids and vaporisers across the union as well as requiring disclosure of ingredients in vaping liquids and child-proofing and tamper-proofing for liquid packaging. They will also restrict cross-border advertising. Wales meanwhile looks likely to extend its restrictions by introducing a ban on e-cigarettes in public places. The ayes and the noes

In the run up to the vote on the new Scottish Health Bill, opponents and supporters of e-cigarette regulations fiercely debated which approach was the most sensible. Opponents usually argue that vaping is less harmful than traditional cigarettes and effective in helping smokers to quit. They want minimal restrictions on availability and complete freedom for advertising, promotion and the use of e-cigarettes in public. Restrictions, they argue, might prevent smokers from switching to safer alternatives and reduce the chances of curbing tobacco consumption.

Supporters of regulation say that children and young people need to be protected from using products which imitate smoking and from developing nicotine addiction. They also favour regulation to ensure product safety and quality. They advocate a precautionary approach until there is evidence that e-cigarettes do not undermine our recent successes at controlling tobacco.

As well as banning sales to under-18s, the new Scottish laws require retailers to ask for proof of age when selling to someone that looks under 25 (similar to alcohol). They ban the sale of e-cigarettes from vending machines, make it an offence to buy on behalf of someone under 18, and require retailers to put their names on a product register. Scottish ministers will also have the power to further restrict or prohibit advertising and promotions in future.

While the evidence about the risks of e-cigarettes is likely to remain unclear for several years, the Scottish parliament can at least say it is doing what the country wants. A large majority of respondents backed regulation in the consultation of 2014, including representatives of health bodies, local authorities, charities, academics and members of the public. As well as supporting a ban on sales to under-18s or adults buying e-cigarettes on their behalf and preventing young people from seeing advertising and promotions, respondents also widely endorsed restricting the use of e-cigarettes in public places.

The Scottish public’s desire for these kinds of rules is also reflected in research I co-published that looked at debates about e-cigarettes in the UK media and found that supporters of regulation greatly outnumbered opponents. I have also been involved in a new study, about to be published, which investigates the views of UK adolescents on regulation. We found they have a very sophisticated understanding of the advantages and disadvantages. While aware of the potential benefits of e-cigarettes to smokers – including those teenage smokers who want to quit – young people overwhelmingly support strong e-cigarette regulation. This includes restrictions on sales to minors, marketing and the use of e-cigarettes in public places.

The reality is that, until the jury returns, it makes sense to trust the public to reach a view from the best information on e-cigarettes that is available. Even if current regulations were to end up looking disproportionate in years to come, no one will be able to accuse the Scottish government of ignoring people’s concerns and taking public health issues lightly. In a situation where no one really knows what to do for the best, regulation which restricts access and promotion to young people looks like the best policy.