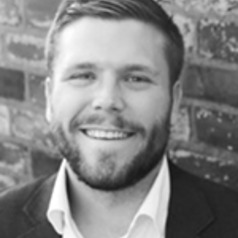 An astonishing 82% decrease in the cost of solar photovoltaic (PV) energy since 2010 has given the world a fighting chance to build a zero-emissions energy system which might be less costly than the fossil-fuelled system it replaces. The International Energy Agency projects that PV solar generating capacity must grow ten-fold by 2040 if we are to meet the dual tasks of alleviating global poverty and constraining warming to well below 2°C.

Critical challenges remain. Solar is “intermittent”, since sunshine varies during the day and across seasons, so energy must be stored for when the sun doesn’t shine. Policy must also be designed to ensure solar energy reaches the furthest corners of the world and places where it is most needed. And there will be inevitable trade-offs between solar energy and other uses for the same land, including conservation and biodiversity, agriculture and food systems, and community and indigenous uses.

Colleagues and I have now published in the journal Nature the first global inventory of large solar energy generating facilities. “Large” in this case refers to facilities that generate at least 10 kilowatts when the sun is at its peak. (A typical small residential rooftop installation has a capacity of around 5 kilowatts).

We built a machine learning system to detect these facilities in satellite imagery and then deployed the system on over 550 terabytes of imagery using several human lifetimes of computing. 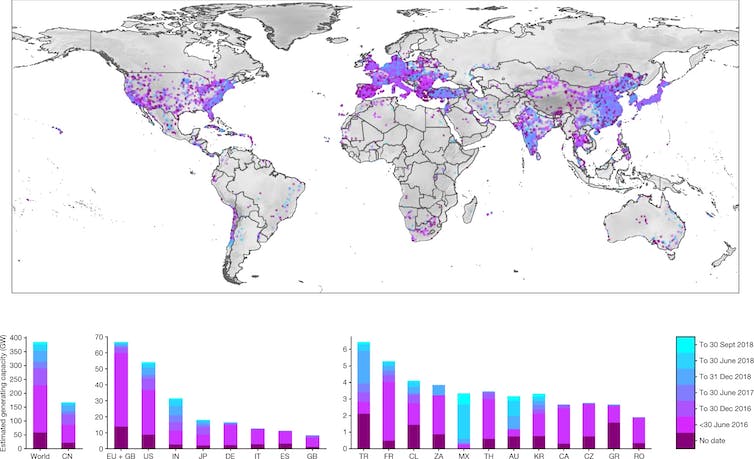 A map of all the large solar facilities detected up to 2018 (lighter colours = more recent) Kruitwagen et al, Nature

We searched almost half of Earth’s land surface area, filtering out remote areas far from human populations. In total we detected 68,661 solar facilities. Using the area of these facilities, and controlling for the uncertainty in our machine learning system, we obtain a global estimate of 423 gigawatts of installed generating capacity at the end of 2018. This is very close to the International Renewable Energy Agency’s (IRENA) estimate of 420 GW for the same period.

Tracking the growth of solar energy 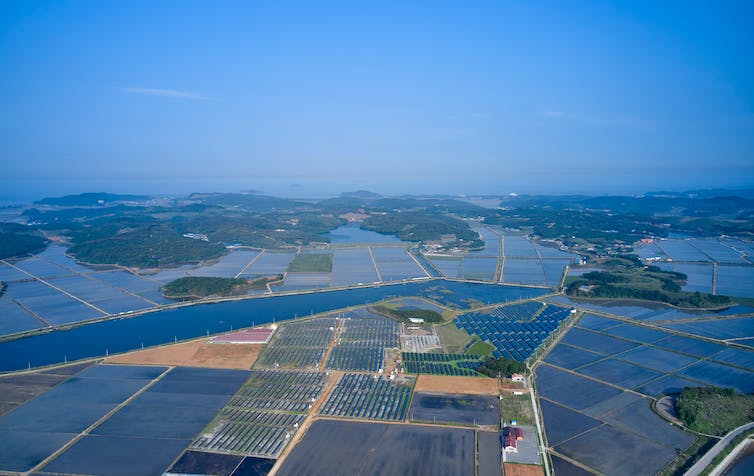 Solar mixed with rice fields on reclaimed land in South Korea. Stock for you / shutterstock

The advantages of facility-level data

Country-level aggregates of our dataset are very close to IRENA’s country-level statistics, which are collected from questionnaires, country officials, and industry associations. Compared to other facility-level datasets, we address some critical coverage gaps, particularly in developing countries, where the diffusion of solar PV is critical for expanding electricity access while reducing greenhouse gas emissions. In developed and developing countries alike, our data provides a common benchmark unbiased by reporting from companies or governments.

Geospatially-localised data is of critical importance to the energy transition. Grid operators and electricity market participants need to know precisely where solar facilities are in order to know accurately the amount of energy they are generating or will generate. Emerging in-situ or remote systems are able to use location data to predict increased or decreased generation caused by, for example, passing clouds or changes in the weather.

This increased predictability allows solar to reach higher proportions of the energy mix. As solar becomes more predictable, grid operators will need to keep fewer fossil fuel power plants in reserve, and fewer penalties for over- or under-generation will mean more marginal projects will be unlocked.

Using the back catalogue of satellite imagery, we were able to estimate installation dates for 30% of the facilities. Data like this allows us to study the precise conditions which are leading to the diffusion of solar energy, and will help governments better design subsidies to encourage faster growth. 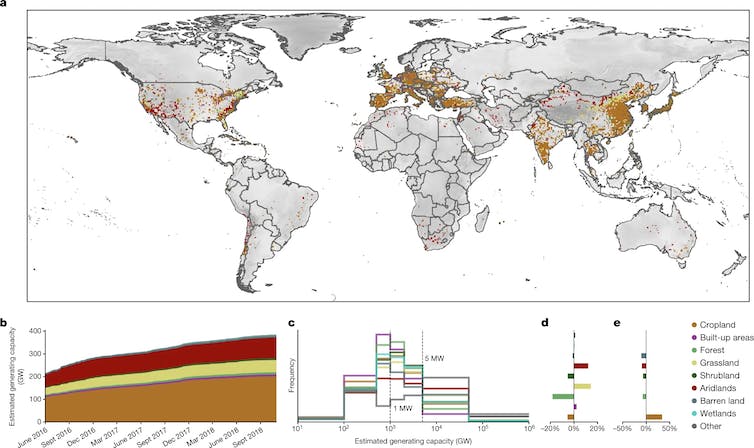 The authors compared the locations of the solar facilities to data on land use, to find out what was there before. Cropland (light brown) was easily the most common. Kruitwagen et al, Nature

Knowing where a facility is also allows us to study the unintended consequences of the growth of solar energy generation. In our study, we found that solar power plants are most often in agricultural areas, followed by grasslands and deserts.

This highlights the need to carefully consider the impact that a ten-fold expansion of solar PV generating capacity will have in the coming decades on food systems, biodiversity, and lands used by vulnerable populations. Policymakers can provide incentives to instead install solar generation on rooftops which cause less land-use competition, or other renewable energy options.

The github, code, and data repositories from this research have been made available to facilitate more research of this type and to kickstart the creation of a complete, open, and current dataset of the planet’s solar energy facilities.