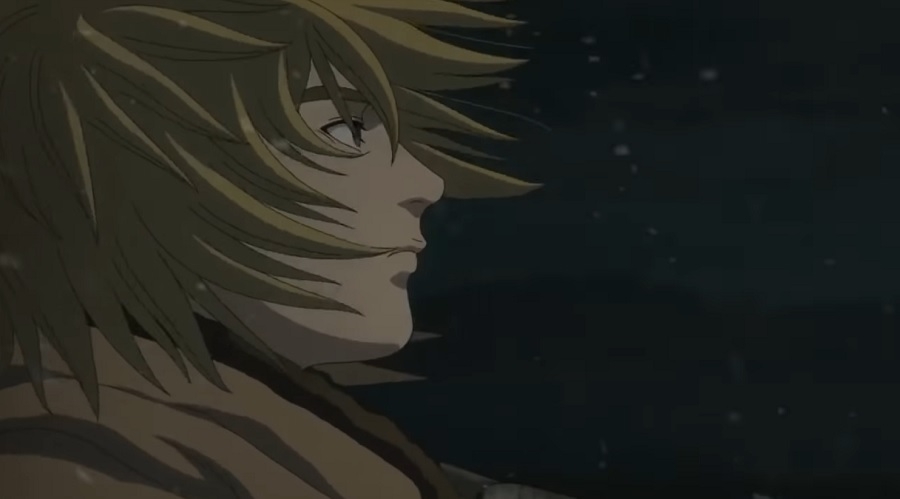 From a “Vinland Saga” promo video | Photo via AnimeTV/YouTube screenshot

The anime adaptation of “Vinland Saga” has been receiving mostly positive reviews for its storyline and its animation. At this point, anime-only fans are still getting to know its main protagonist, Thorfinn, and his relationship with Askeladd. In an upcoming duel in “Vinland Saga” episode 8, they will get to see more of their dynamic.

To recap, last week’s episode concluded with Askeladd’s men taking home a large amount of treasures. As for Thorfinn, he successfully decapitated a captain as Askeladd’s condition to agree to another duel. Thorfinn’s goal is to kill Askeladd to avenge the death of his father, Thors. This means fans are about to see Thorfinn and Askeladd in action in “Vinland Saga” episode 8.

“Vinland Saga” episode 8 will likely begin with Askeladd’s ships arriving in a village owned by the feudal lord Gorm in the Jutland Peninsula in Denmark. They are set to stay there for the winter and, in return, they will be paying Gorm.

Before the dinner feast, Askeladd will ask Gorm to officiate his duel with Thorfinn. Askeladd will maintain his quirky demeanor while also insulting the memories of Thors. Fans will see Thorfinn’s combat abilities, and even Askeladd’s men will notice how much he has improved. However, he has many things to learn, making it seem like Askeladd dueling with Thorfinn in “Vinland Saga” episode 8 is the former’s way to train the young warrior.

In the original series, Thorfinn makes the first and very fast move almost hurting Askeladd. But after the latter triggers the young warrior’s bitter memories, his emotions will get the best of him in “Vinland Saga” episode 8. Askeladd lives and hurts Thorfinn that officially ends their duel.

After the duel, Thorfinn decides to stay in his father’s ship and spend the night there. While he contemplates on his loss, his father’s ghost will visit him in “Vinland Saga” episode 8.

Aside from the duel, another highlight of the episode is an interaction between Thorfinn and Gorm’s female slave who is only introduced as Hordaland, the place where she came from. “Vinland Saga” episode 8 will be released on Sunday, Aug. 25.