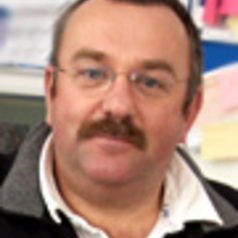 In the wake of the most recent US mass school shooting in Uvalde, Texas, where 19 pupils and two teachers were killed by an 18-year-old armed with an assault rifle, a comparison considering how the US compares with other countries on children’s deaths caused by guns is compelling.

As the independent non-profit US organisation the Children’s Defense Fund has pointed out, gun violence is now the leading cause of US children’s deaths. It reported that there are nine fatal shootings of children per day, that’s one killing every two hours and thirty six minutes. A minority of these killings involve school or mass shootings, the majority are killings of individual children and link to routine crime and gang violence, and overwhelmingly result in the deaths of African-American and minority children.

The US stands as an extreme outlier among high income countries. The number of children killed by guns is 36.5 times higher in the US, compared to many other high income countries including Austria, Australia, Sweden, England and Wales, according to analysis recently published by the New England Journal of Medicine. In recent years international research has also proven conclusively that greater levels of gun ownership are closely associated with higher rates of gun violence.

An audit by the think-tank the Centre for American Progress of all 50 US states found a close correlation between the states with the toughest gun laws and states with the lowest gun crime rates. Meanwhile, international research has compared national gun laws, rates of firearm ownership and gun violence rates. The results are striking as the graph, below, suggests: 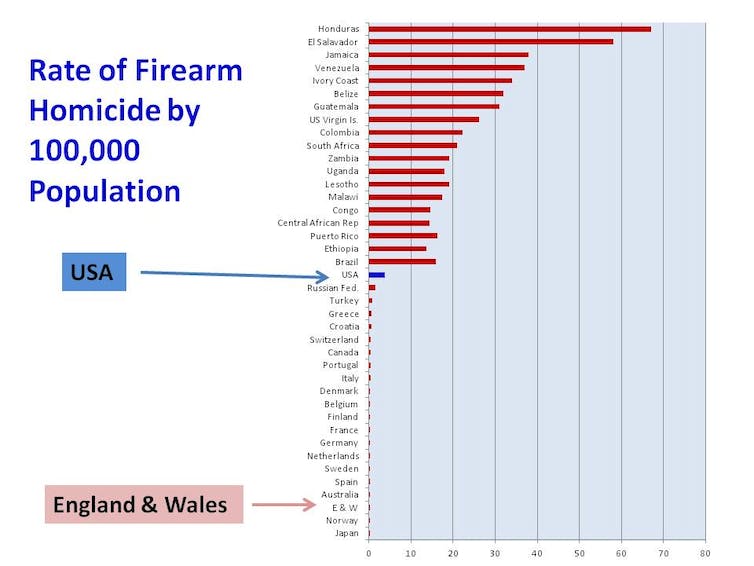 Interestingly, European societies that come close to US rates of gun ownership (but with hunting rifles and shotguns rather than handguns), such as Finland and Norway, are among the safest societies internationally with regards gun violence.

Researchers talk about “civilised” and “de-civilising” gun cultures, cultures where gun ownership is associated with traditional values of respect and responsibility, and others where gun availability largely empowers the criminally minded and unstable, adding to the violence and chaos. High levels of social cohesion, low crime rates and internationally high levels of trust and confidence in police and social institutions do appear to reduce levels of gun homicide.

The flipside to this finding, however, is that high gun ownership in countries including Finland, Sweden and Switzerland do have significantly higher rates of suicide using guns. The UK and Japan, with some of the toughest gun laws in the world, always record the lowest rates of gun homicide, chiefly by virtue of the their virtual prohibition of handguns, the criminal weapon of choice. By contrast, the death tolls in recent US mass shootings have been very much exacerbated by perpetrators using assault rifles, with their larger magazines and rapid fire capabilities.

Society as a factor

As a result of the new international focus in gun control research (there was a time when the only academic research on firearms took place in the US, and a large part of it funded, directly and indirectly, by the influential US lobbying group National Rifle Association) wider questions came under the spotlight. Researchers started to focus less upon the gun as an independent variable and instead began to address contexts and the different cultures of gun use. They also began to acknowledge, as criminologists have always known, that introducing new laws seldom changes anything on its own – offenders break laws.

Gun researchers now focus increasingly upon wider “gun control regimes” which have a big part to play in increasing or reducing levels of gun violence. These regimes include policing and criminal justice systems, systems of political accountability, welfare safety nets, comprehensive education provision and cultures of trust and confidence. And as the diagram above suggests, although the US is seen as the most exceptional gun culture among affluent democratic nations, in terms of death rates it is dwarfed by many other poorer and more conflicted societies, such as South Africa, Jamaica and Honduras.

Attempts in the US to confront shootings, but without restricting gun ownership in recent years include scaling up surveillance – especially in schools where pupils, parents and teachers form part of a network keeping a watching eye on colleagues and pupils. They look for signs of trouble and are able to sound the alarm. More ambitiously, the Violence Project has sought to compile evidence profiles, learning from what we already know about rampage killers and trying to predict where their behaviour, social media engagements and utterances might ring alarm bells.

However, the evidence is now indisputable that more guns in a given country translates directly into more gun violence.

It is significant that the immediate reaction to the Ulvade school massacre has tended to focus on narrow questions of school security and an apparent delay in police intervention, rather than the many underlying factors which make the US such a comparatively dangerous place for children.

In the past, over fifteen years ago, Peter Squires received funding from the UK Economic & Social Research Council in order to study gun crime and its prevention.