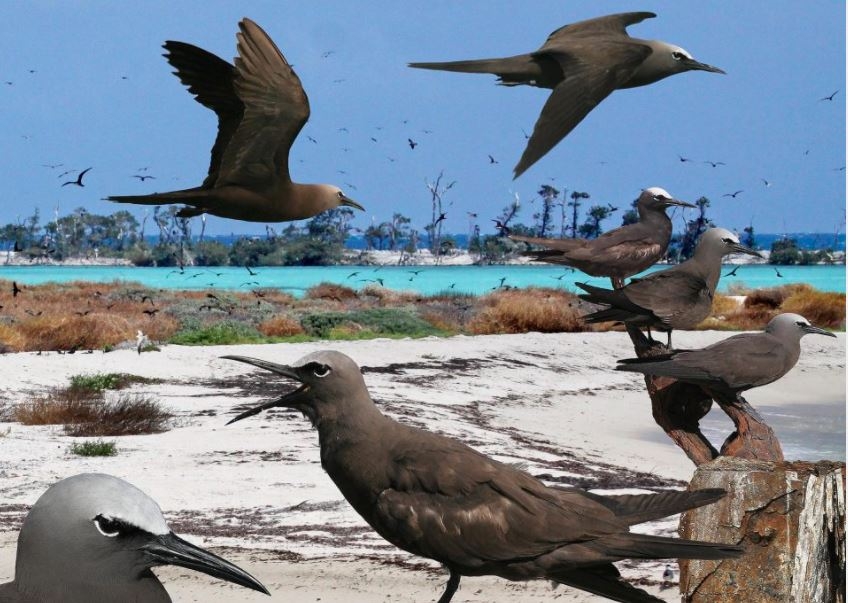 In addition to the seabirds, chemicals used in plastic products to prevent them from deteriorating or catching fire have been found in other wildlife, including hermit crabs and humans.

An international team of researchers estimates that about half of the world's seabirds have ingested plastic additives after studying 145 seafowls of 32 species from 16 areas of the world.

Plastic chemicals such as brominated flame retardants and ultraviolet absorbers were found in 76 of these, including three from the waters of Awashima island in Niigata Prefecture, which was polluted at mild concentrations.

Ultraviolet absorbers are used to prevent the sunlight-induced degradation of plastics.

Their findings appeared in the English-language journal of the Japan Society for Environmental Chemistry in October.

In addition to the seabirds, chemicals used in plastic products to prevent them from deteriorating or catching fire have been found in other wildlife, including hermit crabs and humans.

Experts are calling for closer studies to be conducted on countermeasures against pollution by plastic additives, which even very small quantities could have adverse health effects.

The researchers were mainly from Japan and the US.