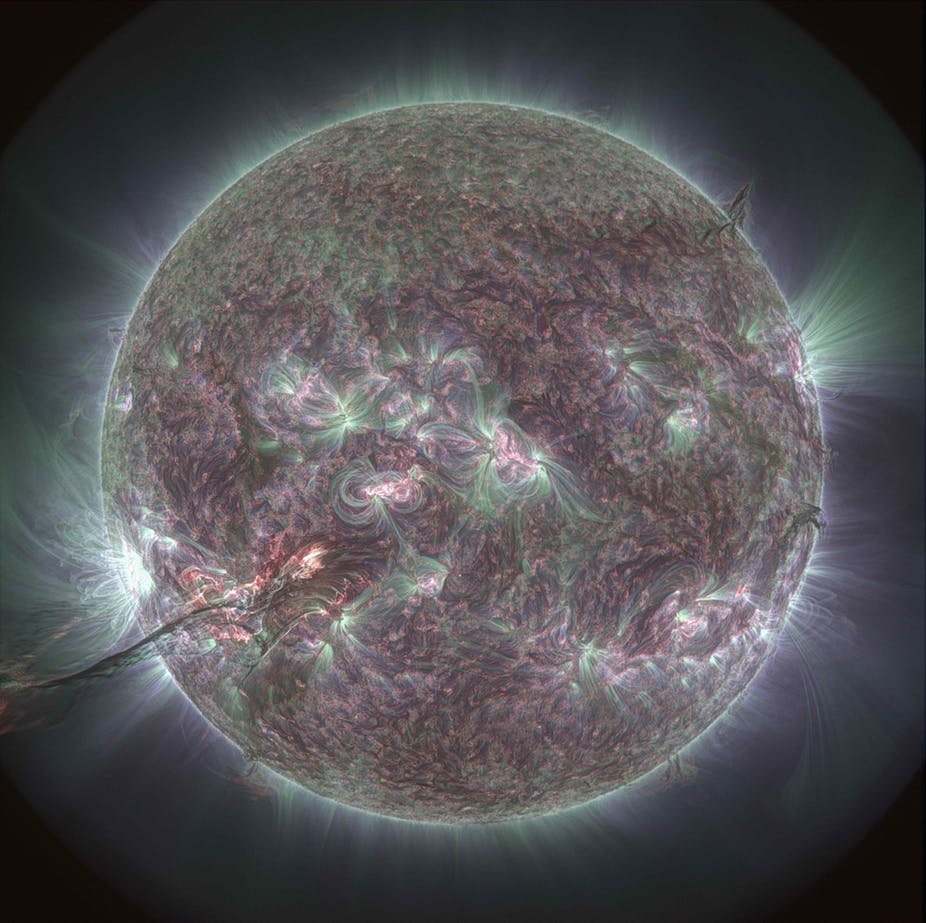 The low solar corona as viewed in extreme ultraviolet light. Bright regions are where the most energetic solar storms are born. An eruption in action can be seen in the bottom-left. NASA’s Solar Dynamic Observatory (SDO) satellite., Author provided 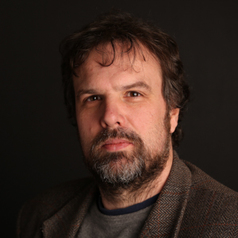 In astronomy, we have a common saying: “good luck, and clear skies”. For an eclipse chaser like me, this is especially important. We have two minutes and no second chance – one small cloud can spoil everything.

Thousands of tourists turn up to see them, along with a few dozen scientists, for which the eclipse is a unique opportunity to observe the extended atmosphere of the sun – known as the solar corona. Just like Earth, the sun has an atmosphere and magnetic field which extends out to large distances into space. The solar corona is an intense plasma of separated protons and electrons that’s a million degrees Celsius or hotter.

Sunspots on September 1, 1859, as sketched by Richard Carrington. A and B mark the initial positions of an intensely bright event, which moved over the course of five minutes to C and D before disappearing. Richard Carrington/Wikipedia

In this alien environment of hot, magnetised plasma, physics behaves in ways that are poorly understood. Our safety on Earth may depend on understanding it better though – explosive events in the corona can have dramatic and potentially hazardous effects on Earth.

There’s a constant flow of material from this layer of the sun into interplanetary space that’s called the solar wind. In 1859, scientists first discovered it when a solar flare was followed by intense aurora on Earth – also known as Northern or Southern Lights. They were apparently bright enough for people to read newspapers by their light at night. This was known as “the Carrington Event” – electrical currents generated by the flare caused damage to telegraph systems.

As society has become increasingly dependent on technology, understanding space weather and being able to predict it is more important than ever. Eruptions from the sun can damage and disrupt spacecraft, power systems, airlines, communications and GPS systems. A major eruption under the right conditions, like the event in 1859, could cause huge damage to the global economy, on the order of hundreds of billions of dollars.

The dark side of the sun

Outside of an eclipse, the solar corona is made invisible by the extremely bright light coming directly from the sun’s visible surface – the photosphere. The photosphere is over a million times brighter than even the brightest regions of the corona, so observing the corona is a bit like studying the behaviour of a glowworm hovering next to a lighthouse. Scientists will have spent years, and plenty of funding, preparing for this two-minute phenomenon.

A total eclipse occurs when the moon passes in front of the sun, blocking the sun’s bright disk and casting a deep shadow onto Earth. Over the course of a few hours, the shadow zooms across Earth’s surface faster than Concorde. The “path of totality” – the name for the course the shadow follows – is so large it spans oceans and continents.

Luckily for us, the corona is revealed in all its glory during a total solar eclipse. And luck really is the right word in this context. Imagine the odds of an inhabited planet with intelligent life having a moon that is of the right size and distance to appear the same size in the sky so that it can eclipse the sun. As the moon covers the bright disk of the sun, the surrounding atmosphere appears as a faint ring, with extended rays that point outwards from the sun like a crown – hence the name corona.

To observe the sun safely and study the corona during an eclipse, you need the special filters in a spectrometer. The spectrometer accepts light from the solar corona along a long, narrow entrance slit and during the eclipse, this slit scans to observe the whole corona. The light is split into three channels according to wavelength, and then dispersed onto detectors which record how dense and hot the plasma is – information scientists can’t obtain otherwise. 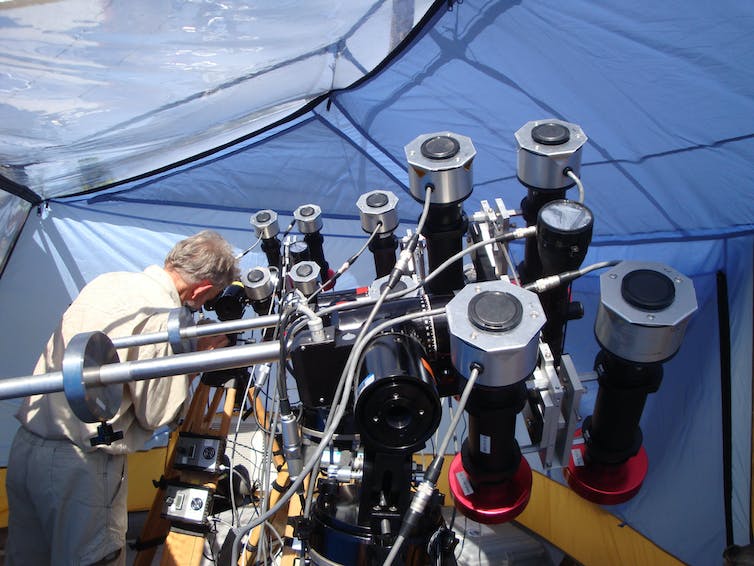 Some of the scientific instruments built and prepared by an international team of scientists led by Prof Shadia Habbal (University of Hawaii) to observe eclipses. The team’s chief engineer, Judd Johnson, is busy fine-tuning one of the telescopes. Shadia Habbal, Author provided

The spectrometer could eventually reside in space, observing the solar corona continuously as part of a mission to watch the sun from a satellite. Scientists could reconstruct the corona’s magnetic field, plasma and other features to finally make sense of this extreme and mysterious environment – and help prepare Earth for its mood swings.

Eclipses such as 2019’s event in South America give a highly-detailed snapshot of the solar atmosphere, and offer a precious opportunity to learn about the hidden layer of the sun which can greatly affect life on Earth. It’s also relatively cheap compared to space missions, and can help scientists develop new tools for looking into space. As always, we hope for good luck, and clear skies.