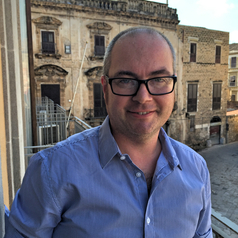 Theresa May has surprised nobody by calling for the UK to leave the European Convention on Human Rights (ECHR). The Home Secretary isn’t fond of the convention or the Strasbourg-based European Court of Human Rights. Her intervention into the EU referendum campaign for the remain camp seems based on the rationale that the EU is not the real threat to the UK’s sovereignty, but rather the totally separate ECHR and its court. She said:

The ECHR can bind the hands of parliament, adds nothing to our prosperity, makes us less secure by preventing the deportation of dangerous foreign nationals, and does nothing to change the attitudes of governments like Russia’s when it comes to human rights. So regardless of the EU referendum, my view is this: if we want to reform human rights laws in this country, it isn’t the EU we should leave but the ECHR and the jurisdiction of its court.

Comments such as these from Britain’s home secretary will provide comfort to human rights abusers right across the 47 member states of the Council of Europe (the parent organisation of the ECHR and European Court of Human Rights). If they were made purely for domestic political gain in the EU referendum debate, it is an irresponsible and dangerous strategy.

But there’s another problem with May’s intervention. Although they are separate international organisations, leaving the Convention system is, in practical terms, incompatible with being an EU member. In fact, every member of the EU is also a party to the ECHR.

Ratifying the ECHR, and other human rights treaties, was made a precondition of membership of the EU for the more recent members such as Romania. After the Lisbon treaty, there is now a process under way by which the EU itself will sign up to the ECHR – so that if EU laws affect your human rights, you will be able to complain to the European Court of Human Rights.

May’s comments seem to ignore these facts. Or her intervention for the remain camp was a coded signal that she is – at the very least – hedging her bets.

Not a new pastime

Bashing the European Court of Human Rights is not a new development in Conservative policy – although it’s worth remembering that it was one of May’s predecessors as a Tory Home Secretary, David Maxwell Fyfe (also a prosecutor at Nuremberg, no less), who helped to draft the 1950 ECHR.

In 2011, prime minister David Cameron notoriously described the thought of implementing one particular European Court of Human Rights judgement as making him “physically ill”. This was the 2005 judgement in Hirst v UK, in which prisoner John Hirst challenged the UK’s blanket ban on prisoners voting – and won. The UK is still refusing to implement the judgement and allow prisoners to vote, despite a recent EU case suggesting that a more targeted voting ban could easily survive scrutiny.

More recently, the Conservative party’s 2015 manifesto committed it to curtailing the role of the European Court of Human Rights over the UK. Speaking in parliament in June 2015, Cameron refused to rule out leaving the ECHR.

But since then, Russia has introduced a law that gives the Russian Constitutional Court the power to “overrule” European Court judgements. Russia has ratified the ECHR, but is not a member of the EU.

Earlier this month, the Russian Constitutional Court made its first ruling using its new powers. It was condemned by Human Rights Watch as dealing: “a devastating blow for people in Russia who turn to the European Court because they can’t find justice in the Russian courts”. The topic of the case? A blanket ban on Russian prisoners from voting.

In 2013, the Council of Europe Human Rights Commissioner had noted that the UK’s recent record of hostility and non-compliance with ECHR judgments “would have far-reaching deleterious consequences; [sending] a strong signal to other member states”. Those signals would appear to have already been received loud and clear in Russia. The latest comments from May could lend them further amplification.

I have worked as an expert advisor to the Council of Europe on projects in a range of states in central and Eastern Europe, all of which embarked a process of economic and democratic reform after the events of 1989. A tremendous amount of work by and with these states has gone into improving the protection of human rights, and there is much work still to be done. In some countries, such as Russia and Hungary, there have been troubling and retrogressive steps.

May’s intervention could make the UK a role-model for back-sliding states.

James A. Sweeney has received funding from the Socio-Legal Studies Association to conduct research into traditional and transitional justice in Kosovo. He has received funding from the British Council to conduct research into the reception of ECHR jurisprudence in Azerbaijan. James has consulted to Agencia Consulting on projects where he has trained the Ukrainian Supreme Court (2011); helped to establish a legal research syllabus for the Kosovo Judicial Institute (2014); and convened workshops for the Supreme Court and Constitutional Court of Kosovo (2013-14). In the past he has given expert advice to the Council of Europe on projects in Armenia, Azerbaijan, Kosovo and Georgia. This article does not reflect the views of the research councils or other public funders.