The 60th anniversary of France's Fifth Republic: Out of breath? 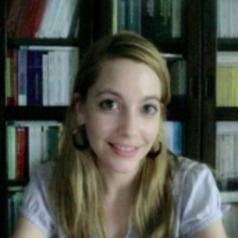 The current French Republic was born in 1958 out of what were then referred to as the “events” in Algeria. On June 4 of that year, Charles de Gaulle used the opportunity of an attempted coup in Algiers to return to power, presenting himself as the saviour of (French) Algeria (albeit later engaging in decolonisation). The new constitution became law on October 4, and the Fifth Republic was born.

One of de Gaulle’s most influential critics, François Mitterrand, denounced the General’s return to power as a “coup d'état permanent” and likened it to Louis-Napoléon Bonaparte’s 1851 coup, arguing that the events in Algeria had been planned. But Mitterrand eventually became president himself, a post he held for 14 years. Since then, the question of whether the birth of the Fifth Republic was illegal has been settled in French contemporary constitutional doctrine as well as in history books.

With the 60th anniversary of the Fifth Republic, however, new research challenges the commonly accepted version of its birth. A book on the subject, The French Civil War, 1958-1962, from the Gaullist coup to the end of the OAS, is even topping the sales in France. Written by American scholar Grey Anderson, its subtitle is borrowed from Freudian terminology: “The repressed origin of the Fifth Republic.”

The renewed interest in the subject must be understood in France’s current political context. President Emmanuel Macron was formerly finance minister under then-president François Hollande. Macron resigned in August 2016, and after an election filled with surprises and reverses, was elected President in May 2017, while the country was still under a state of emergency that lasted two years.

Macron is not a member of any of the major political parties, but instead heads up his own, La Republique en Marche (The Republic on the Move). While there have long been questions about the excessive power of the executive branch under the Fifth Republic, criticism about the president’s lack of accountability has reached new heights under Emmanuel Macron’s presidency.

Already in the 2017 presidential election, the major left-wing parties advocated drafting a new constitution and establishing a Sixth Republic, with a parliamentary system. While the left-leaning parties don’t agree on much, they do share a dislike for the current “semi-presidential” regime, which creates an all-powerful president. Maurice Duverger, who developed the concept, himself dubbed the Fifth Republic a “republican monarchy”.

Under the Fifth Republic, the French president can dissolve the National Assembly at his or her discretion. The prime minister is under the authority of the president, who can remove him at any time, like a monarchy – but the prime minister must also answer to the parliament. This double responsibility is the primary characteristic of a “limited monarchy,” the type France experienced after the French Revolution and the reign of Napoleon, with the 1814 Charter. According to Articles 20 and 21 of the Constitution, the prime minister governs – but in practice, the country has always been ruled by the president. There have been episodes of political cohabitation, but only limited ones – 9 years out of 60. The Fifth Republic is not semi-presidential, but hyperpresidential. 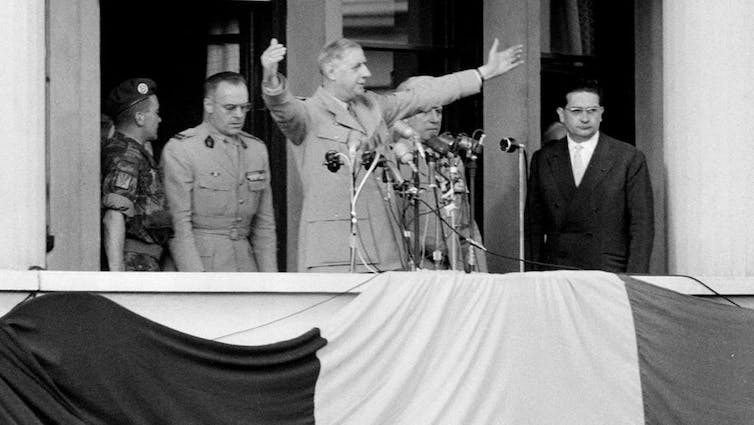 Charles De Gaulle speaking in Algiers on June 4, 1958, an event that signalled his return to power and, soon, the birth of France’s Fifth Republic. RFI

This characteristic was set in motion in 1962 by De Gaulle’s introduction of the direct election of the president by universal suffrage. It was also deepened by 2001 changes in the electoral calendar, placing the parliamentary elections not at midterm, to act as a check on power or before the presidential election to frame it, but rather a couple of weeks after to create an assembly under executive control. Now, in the brief period between the presidential and parliamentary elections, French voters have no possibility to hold the president accountable before the next parliamentary-presidential elections. After Macron was elected, his message was clear: “You have elected me, now give me an assembly that allows me to govern”, in essence. This personalisation of power has continued to the present day – for example, responding to the Benalla scandal in July 2018, President Emmanuel Macron stated: “The only person responsible is me and me only. Let them come to get me.”

Yet the French president enjoys full immunity. He can only be removed in exceptional cases of “breach of his duties patently incompatible with his continuing in office” (https://www.legifrance.gouv.fr/affichTexteArticle.do;?idArticle=LEGIARTI000006527564&cidTexte=LEGITEXT000006071194&dateTexte=20140401), a destitution procedure introduced in 2007. Today, in response to Macron’s “let them come to get me”,some “Gilets jaunes” protestors are calling for its use against Macron – although the process would fail, as it requires a vote in the National Assembly and his party enjoys a majority there.

With the exception of the Vichy regime, France has had a republic since 1870, when Napoleon III was defeated at Battle of Sedan. Yet the country elected Macron in 2017, a president who does not hide his “nostalgia for the monarchy”. Indeed, the Fifth Republic has monarchist, Bonapartist, and even Caesarist features.

Jurist Maurice Hauriou theorizes the existence of “constitutional cycles” of French history – a “government by assembly” followed by a presidential or dictatorial regime and finally a parliamentary system. From the 1789 revolution to the consolidation of the Third Republic, French constitutional history is described as a struggle between two forces, the first attached to a strong parliament, the second to the executive branch, most notably through the use of plebiscite. Historian François Furet sees a dialectic between revolutionary and traditional ideas, and one can also distinguish periods of “separation of powers” and “confusion of powers” – parliamentary empowerment followed by the revenge of the executive.

Many in France consider the Fifth Republic to be remarkably durable, but this alone does not prove sufficient to mask its erosion of legitimacy due to hyper-presidentialization, particularly as Emmanuel Macron’s approval rating continues to sink. Whether this will be enough to prompt a new constitution and the establishment of a parliamentary system remains a hotly debated question.