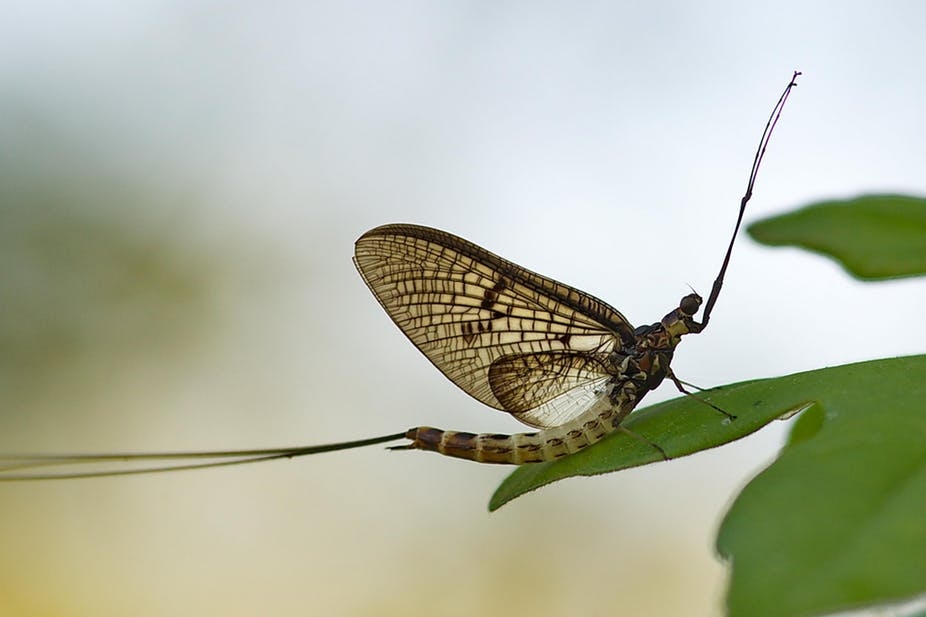 The presence of mayflies and stone flies indicates clean water is nearby. Andrew/flickr, CC BY-NC 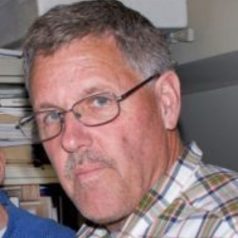 Experienced anglers recognize that for a trout, the ultimate “steak dinner” is a stonefly or mayfly. That’s why fly fishing enthusiasts will go to extreme lengths to imitate these graceful, elegant and fragile insects.

I share their passion, but for different reasons. As a an entomologist who has studied stoneflies and mayflies for over 40 years, I’ve discovered these insects have value far beyond luring trout – they are indicators of water quality in streams and are a crucial piece of the larger food web. And they are in trouble.

I have served as director of the C. P. Gillette Museum of Arthropod Diversity since 1986. The greatest thrill of my career has been collecting and adding mayflies and stoneflies to our collection. 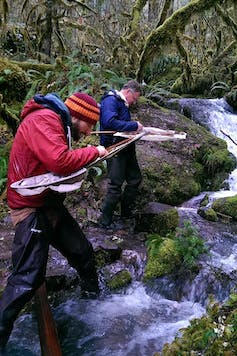 To find specimens, I have traveled to pristine streams in every U.S. state, Canada, Mexico, Central America, Brazil, Ecuador, the Arabian Peninsula and Europe. My collecting trips have yielded more than 100 new species of mayflies and stoneflies.

One of my favorites literally fell into my lap as I was beating lush foliage along a pristine stream in southern Oregon during May 2014. The beating sheet is an efficient means of sampling dense, streamside vegetation, where adult insects hide. The sheet itself is made of sturdy canvas stretched over two wooden cross members. A stick is used to knock the insects from the vegetation onto the canvas, where they are collected.

When I saw a large yellow and black insect drop onto my sheet, I knew immediately it was a new stonefly species, previously unknown to science. I was ecstatic. My colleagues and I subsequently described it as Kathroperla siskiyou, after the Siskiyou mountains of southern Oregon.

Mayflies and stoneflies thrive in unpolluted water – a fact my colleagues and I have witnessed firsthand on our numerous expeditions. Not only do we see greater overall abundance of these insects in clean streams, but more diversity of species, as well. In polluted areas, we observe the exact opposite. Without a doubt, the presence or absence of mayflies and stoneflies in a stream is a reliable indicator of the quality of its water. 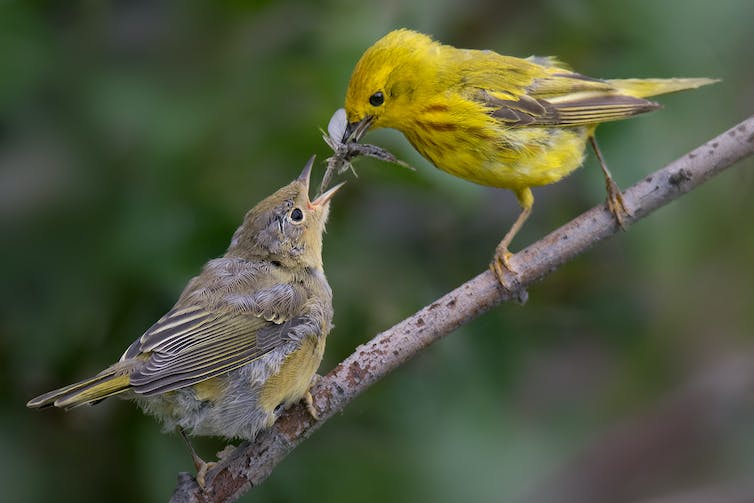 Mayflies are on the menu for this hungry fledgling. Keith Williams/flickr, CC BY-NC

Life drains into a stream

Less than 1% of Earth’s water is potable and available for human use. Maintaining water quality has become an ever increasing challenge because of the large number of chemicals people use in everyday life and in commerce. Common contaminants such as sediment, organic enrichment including fertilizers and animal waste and heavy metals are constantly making their way into the waters, as well. Declining water quality is like a police siren alerting humanity to current, ongoing and emerging pollution problems.

One of my great passions is to enlighten others on how to protect the most valuable natural resource of the planet: streams and rivers. Individually, citizens can make a difference. Storm water is the number one water quality problem nationally. Enhancing and planting riparian buffers – that is, planted areas near streams – can help to prevent precipitation and sprinkler runoff. People can also prioritize using only native plants; decreasing mowing areas; recycling or composting yard waste; using less or no fertilizer; avoiding the use of pesticides; and bagging pet waste. Insisting that environmental laws be enforced and strengthened will also help reduce water pollution.

Without clean water, life on Earth will become difficult or impossible for mayflies and stoneflies, not to mention people.