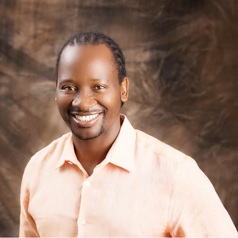 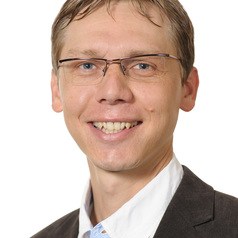 Carbon tax is likely to be an effective way of mitigating greenhouse gas emissions, which lead to climate change and have negative consequences for human life. But the carbon tax that’s been introduced in South Africa could cost jobs, unless people acquire skills that can be used in sectors that are not carbon-intensive.

Despite the fact that there will be winners and losers, overall, the tax should benefit South Africans.

Greenhouse gas emissions mainly from human activities such as carbon dioxide trap heat in the atmosphere, resulting in increased global temperatures and, in turn, unpredictable weather patterns. These changes – simply referred to as climate change – have led to devastating outcomes such as severe drought, heatwaves, flooding and wildfires.

As one of the first measures to combat climate change, South Africa recently introduced a carbon tax. It’s the only African country and one of only 57 globally to have done so.

In a recently published article we showed that the carbon tax should reduce emissions by 33% relative to the baseline by 2035.

But the tax could lead to a welfare loss by reducing disposable incomes of consumers by about R100 billion over a 20 year period. Workers in carbon-intensive sectors are at particular risk of losing their jobs.

Sectors that are closely tied to fossil-fuel based energy will be worst affected. They include transport, iron and steel, and coal-generated electricity. Their output will decline relative to a business-as-usual baseline.

But the carbon tax will be good for jobs and production in the agriculture and food sectors. This is mainly due to some tax exemptions. It’s also because agriculture contributes just 1% of carbon emissions.

In the short term the exemption will support food security and some of the most vulnerable workers in South Africa. In the long term there’s a possibility that it will be phased out.

Understanding the effects of carbon tax is important for the environment and also for the South African economy. Economic growth has been sluggish for the past decade and unemployment has risen from 21% to more than 27%.

The carbon tax could affect this as it provides an opportunity to create more jobs as energy sources shift from fossil fuels to renewables. The most suitable renewable energy sources for South Africa are solar and wind.

Benefits might also flow from a reduction in cap carbon emissions – the main point of the tax. This would help farmers and low-income households because they’re the most affected by adverse weather conditions.

Other benefits could be better air and water quality.

In addition, a shift towards renewable energy could make the country more appealing, helping the efforts of South African President Cyril Ramaphosa to attract foreign direct investment. The target is $100 billion within five years.

Some important steps need to be taken in addition to the tax coming into force. The money should be used to build clean energy generation, otherwise the policy benefits will be limited and might not reduce emissions. Recycling the revenue is a necessary condition for this carbon tax to have long-term economic benefits.

Other policies must be adjusted and updated to work together with the newly introduced policy, and not against it. The carbon tax should apply to all producers and sellers, wherever production takes place. Trade policy should penalise imported goods that were produced using carbon-emitting processes. If the trade policy is not updated, imports will be more appealing than local products.

The food and agricultural sector must ensure it will have alternative energy sources in future. One way to adjust is to reduce food wastage, thus reducing production and energy. South Africans waste approximately 10 million tons of food per year, which is one third of all food produced in the country and is valued at about R60 billion.

As new ways of generating energy change the structure of the economy, workers will need to acquire new skills. Some of the revenue collected will have to be used for this.

Most of South Africa’s energy supply is concentrated in the state-owned entity, Eskom. Market concentration is usually inefficient and the losers are the consumers of the product or service. The movement towards renewable and cleaner energy will provide an opportunity for more players in this sector.

The transport sector is also a large contributor to greenhouse gas emissions due to its reliance on fossil fuels. The number of vehicles on the road need to be reduced. This requires investment in public transport; the number of busses and trains needs to be increased and their conditions have to be improved.

Reducing carbon emissions comes at a cost, and the benefits may not show for two or three decades. But it will be worth the wait.

Dr Sifiso Ntombela, chief economist at the National Agricultural Marketing Council, also contributed to the research and this article.