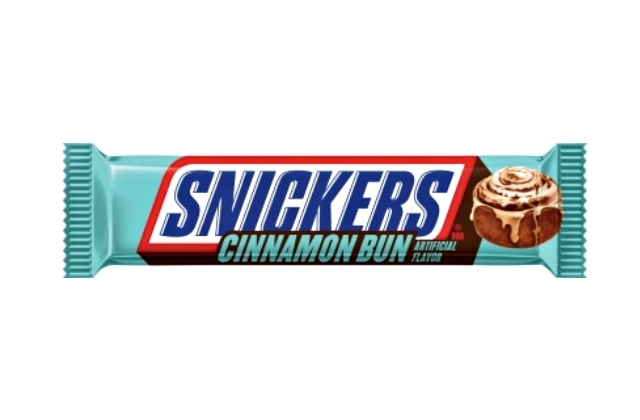 Snickers, a popular chocolate bar, announced a new flavor that it would be releasing this month. Mars Wrigley, the manufacturer of Snickers, stated it would be debuting its cinnamon bun flavor of the said chocolate brand.

According to Fox Business, the new chocolate bars are coming this October. It was said that the new flavor would feature a bar of chocolate with caramel, peanuts, milk chocolate, and cinnamon bun flavored nougat.

Apparently, with this unique flavor, Snickers has once again shown it is not afraid to try out new tastes. While some chocolates release “new” flavors but only changing one or two ingredients like the nuts, the new Snickers cinnamon bun is different because the flavoring is totally different; thus, it will offer a completely different kind of experience.

“We’re excited to continue delivering better moments and more smiles through new innovations for our fans and aim to surprise them with delicious flavor experiences,” Mars Wrigley’s senior brand director, Michelle Deignan, said in a press release. “The SNICKERS Cinnamon Bun delivers a classic flavor that welcomes the fall season and offers a moment of comfort with a taste and texture only SNICKERS can provide.”

In any case, the new Snickers Cinnamon Bun is not the only new flavor that is coming up for this holiday season. Hershey’s has also launched its own lineup and includes the newest Reese’s flavor.

Hershey’s announcement for its holiday chocolates came early as they were unveiled last month. The Kisses also features new foil wrappers to harmonize with the holiday season.

Meanwhile, People reported that the upcoming cinnamon-flavored Snickers would be available for a limited time only, so chocolate lovers must grab them as soon as they are released to the market. In addition, they will be sold exclusively at Walmart, and customers can choose to buy them in packages of 24 or in single 1.05-ounce packs.

Finally, the Snickers Cinnamon Bun is the latest innovation being offered by Mars Wrigley. It follows an exciting year for the brand after it released the Snickers Almond Brownie.