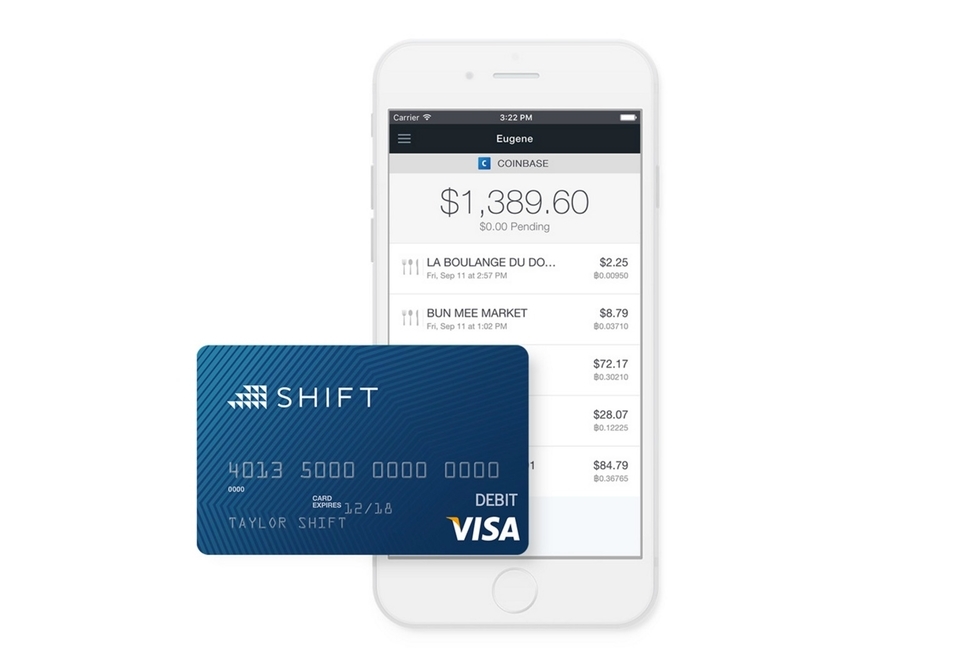 Coinbase, a San Francisco-based bitcoin exchange, on Friday introduced the first US-issued bitcoin debit card, the Shift Card. It is essentially a VISA debit card that at present allows Coinbase users in twenty-four states in the U.S. to spend bitcoin online and offline at more than 38 million merchants worldwide.

“With the Shift Card, you can now spend bitcoin anywhere in the world that VISA is accepted”, the blog post reads.

Wired explains that the card is being offered by Coinbase through a company called Shift, and it is the latter that has the relationship with VISA.

Shift spokesperson Meg Nakamura told Wired, “VISA’s relationship to the project is such that they are aware of the program and supportive of Shift’s efforts,” she says. “VISA can always shut whatever it wants down. But I have assurance from the VISA teams that they are supportive of what we’re doing and the product we’re launching.”

When users use their Shift debit card to make a purchase, the equivalent value of bitcoin (based on the current spot price of bitcoin on Coinbase) will be debited from their Coinbase bitcoin wallet.

The company said that the Shift Card is being shipped to people in eligible states and interested users can get it by completing simple two-step sign up that includes:

Customers should note that there are no fees associated with domestic merchant transactions beyond the one-time $10 issuance fee, for a limited period. In the future, a fee to Shift for the conversion of bitcoin may be charged, which Shift may pass on to the customers.