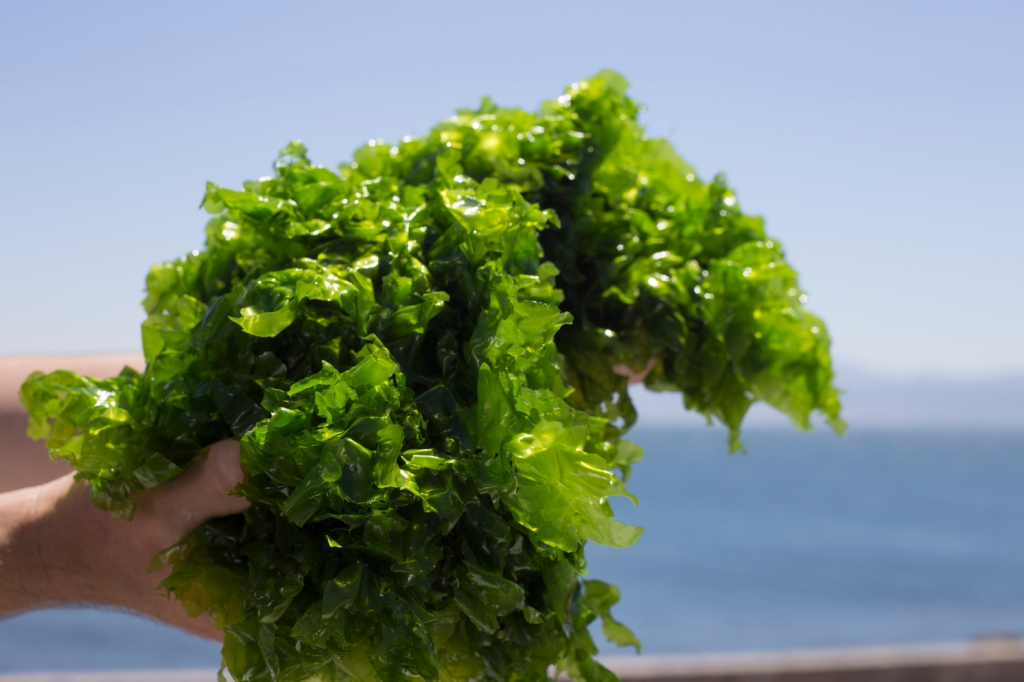 A joint study conducted by a local feed manufacturer and Konkuk University showed that cows fed with a newly developed feed containing sea lettuce emitted 28 percent less methane gas than those who weren’t.

Cows fed sea lettuce were less stressed, as evidenced by lower levels of acetone, cortisol, and uric acid in their hair.

According to the Jeju Biodiversity Research Institute, a feeding experiment revealed that sea lettuce feed prevented diarrhea, a leading cause of death in calves, as well as milk fever and osteoporosis in dairy cattle.

Around 10,000 tons of sea lettuce are grown along Jeju Island's coast. The plants are a threat to the local ecosystem, as they starve other marine algae and emit foul odors.