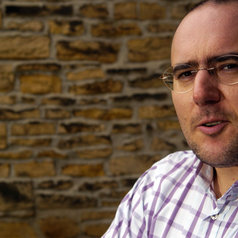 Back in 2015, a detailed analysis of the Palace of Westminster concluded that “the risk of catastrophic failure is increasing … a major failing of the existing service infrastructure is inevitable”. As the subsequent joint committee of both Houses recommended in September 2016: “It is essential that the R&R [Restoration and Renewal of the Palace of Westminster Programme] now proceeds to its next stages without delay.”

Parliament is well known for working at a glacial pace, but even by its standards, “without delay” would not normally take the nearly 500 days it has taken to get a response. And what a response: the leader of the house of commons, Andrea Leadsom, scheduled a debate on the R&R of the Palace of Westminster for January 31. The debate will consider two motions, both in Leadsom’s name – and the pair of them are highly contradictory.

Translated into simple English, the first motion might read: “This House accepts that a crisis is all but guaranteed if we don’t stop messing around and invest some serious money in the building”, before noting that “this is going to be a hard sell with the public in a period of financial austerity”. But the answer to this thorny issue, it seems, is to keep applying sticking plasters – that is, for the government to keep doing exactly what created this problem in the first place and hope it’s not in power when the “catastrophic failure” comes to pass.

The second motion is only slightly less pusillanimous. Coming on the heels of several reviews, reports and inquiries, it commissions a new Sponsor Board and Delivery Authority to undertake detailed analyses of three options (full decant, partial decant and retaining a parliamentary “foothold”). In reality, this will delay the need to make any substantive decision for several years and may cost the taxpayer an additional £500m.

It seems that after years of non-debate, this political football is about to be kicked well and truly into the long grass (again).

Whether you call the whole thing a farce, a conspiracy or a cock up, these cowardly motions add up to little more than a cry of “not on our watch!” Both fall far short of the recommendations of the Joint Committee in 2016, which drafted its own proposed motion – one that set out a clear way forward for proceeding without delay with the necessary works.

After 16 months, the government’s position as set out by the Leader of the House of Commons could not have been more bizarre. It also could not be more irresponsible. To bring this long-running saga to an end demands political will, leadership and a willingness to take difficult decisions. Indeed, these are critical skills for politics more generally, and whether the House of Commons can muster them is still open to question.

Muddling through is no longer an option, and yet ahead of the forthcoming debate and vote, the situation is a complete mess. It all bespeaks an institution completely unable to put its own (literal) house in order.