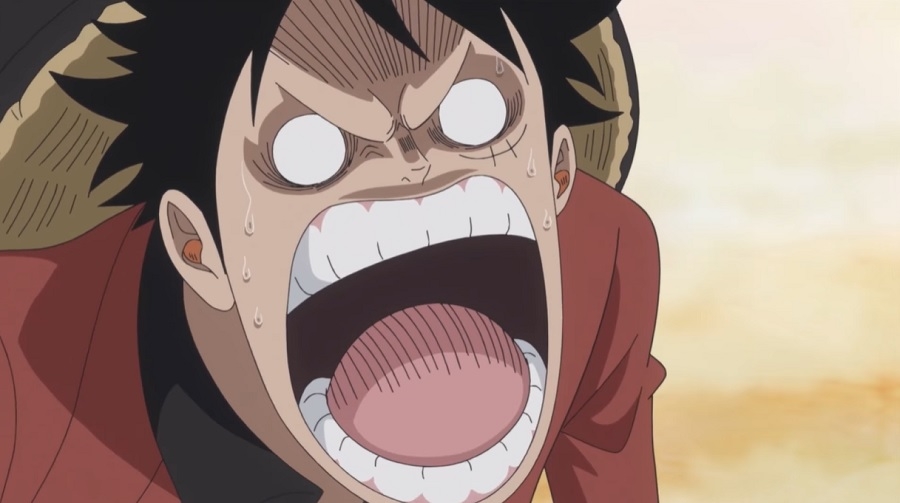 Luffy and Zoro have just arrived in Bakura Town where several ranking crew members of the Beasts Pirates are located. They are also there with Kiku hoping to find Tama. Before they can achieve that, Luffy is going to be involved in an intense sumo wrestling match against Urashima in “One Piece” episode 903.

‘One Piece’ episode 903 spoilers: How the Luffy vs. Urashima fight will go down

Urashima is hell-bent on making Kiku suffer in front of the Bakura residents after she slashed off his topknot and publicly rejected his marriage proposals. Kiku is a skilled samurai, but she was shocked at how angry Urashima has become, and Luffy has to step in and save her. This sets up the thrilling sumo match in “One Piece” episode 903.

There is no doubt that Urashima is the best sumo wrestler in Bakura, but avid fans know he is still no match for Luffy's abilities. The start of the fight in “One Piece” episode 903 will have Urashima performing harite, which is a form of open-palm strikes that can cause fatal injuries. Urashima ends up using illegal techniques, but that only convinces Luffy to use fight moves that are not included in the sumo rulebook.

While the sumo match goes down in “One Piece” episode 903, fans will likely see Hawkins and Holdem separately getting informed about the ongoing fight. Hawkins tries to reach Bakura as fast as he could to warn Urashima that he cannot defeat Luffy. Meanwhile, Holdem dismisses the report as he is busy forcing Tama to produce a dango from her cheek.

The official title of “One Piece” episode 903 suggests that it will mainly focus on Luffy and Urashima’s fight. It is then possible that the episode will conclude with the latter’s defeat. Luffy uses Gear Third that sends Urashima through the air and then lands on Holdem’s house. In this case, Luffy and Holdem’s meeting and their upcoming fight could be happening in the next couple of episodes.

There is also a possibility of “One Piece” episode 903 giving another update on the whereabouts of Law and the other Hearts Pirates. “A Climatic Sumo Battle - Straw Hat vs. the Strongest Ever Yokozuna!” will be released on Sept. 22.