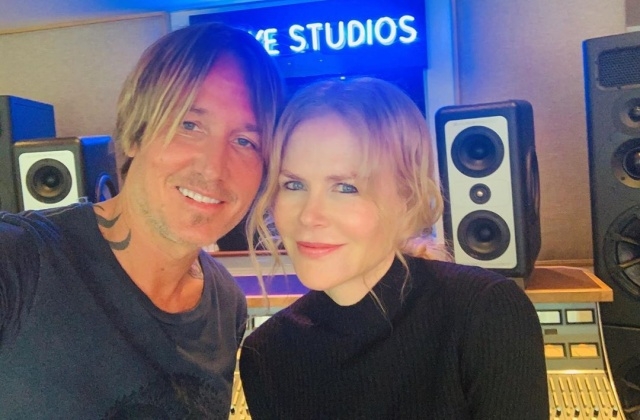 Nicole Kidman and Keith Urban are said to having marital issues yet again. This time, it was alleged that the cause of their fights are the men in the actress’ life. It was suggested that these males are actually her colleagues.

With that said, it appears that Keith Urban is being jealous of Nicole Kidman’s male partners and this is creating issues between them. The country singer is said to be really worried since most of his wife’s co-stars are handsome men.

Keith is worried about his wife’s alleged flirting

Woman’s Day published an article titled “Hands off my Wife!” and the magazine claimed that Keith really hates it when men get close and personal with his wife. He is even more concerned because most of them are also good-looking.

One instance that is making Keith Urban furious happened just recently when Nicole Kidman and her co-star Hugh Grant started promoting “The Undoing.” It was said that the singer noted the “grappling” and his wife’s “flirt fest” with Hugh. Plus, it did not help when the actress allegedly admitted that Hugh sometimes goes too far with her when they are filming and he even asked her out for a date.

“I trust you, but that’s also part of working together,” the magazine reportedly quoted Nicole as saying. “I think when you really click, you share things and open up. You’re incredibly honest and I’m always like ‘Hugh, hush, you can’t say that.”

The magazine reported that Keith Urban understands that Nicole Kidman and her leading men should show their chemistry and say interesting things while they are promoting a movie or a show together, however, he thinks it is unfairly disrespectful on the part of any husband.

The report also brought up the name of Alex Skarsgard who is Nicole’s husband in “Big Little Lies.” They kissed during the 2017 Emmy Awards and Keith was said to have felt offended there as well.

The allegations posted on Woman’s Day were checked and Gossip Cop revealed they are not true at all. It was described as a “phony narrative” and Nicole Kidman’s spokesperson also said the same thing - that it is a made-up report.

In truth, Keith Urban is very supportive of his wife, Nicole Kidman. It is true that she has many leading men, but he is not jealous of any one of them. GC also debunked many of WD’s reports about the couple, and this is another one of those false articles they have published.