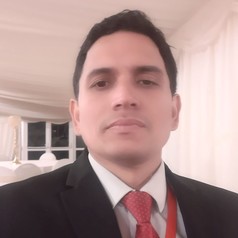 A tense military standoff between China and India over a disputed border area in the Himalayas has put much of the region on edge. Not least in Nepal, which has its own ongoing land dispute with India and where concern is mounting that the India-China power play could damage its territorial integrity.

On June 15, after weeks of escalating tensions, violent clashes broke out between Indian and Chinese soldiers along the border in the Galwan Valley of the Ladakh region, claimed by both India and China. Dozens of Indian soldiers were reportedly killed. India and China have been steadily increasing the number of their troops on either side of the line of actual control, which has separated Chinese Tibet from Indian Ladakh since the 1962 Sino-Indian war.

Since that same conflict, India has systematically stationed military troops in the Kalapani area further to the west where the borders of Nepal, China and India meet. But Nepal argues that the Kalapani region lies within its territory. Amid the latest tensions between India and China, Nepal is furious that its own border dispute with India could be sidelined.

Route through the mountains

The 335 sq km area between the areas of Limpiyadhura and Kalapani and the Lipulekh pass – collectively referred as Kalapani region – holds strategic significance because of its geography. The Lipulekh pass – which Nepal claims as part of its own territory – is the shortest land route from India to China and already an important trade route.

A map of the disputed Kalapani region. Google maps and author, Author provided

To consolidate its claim over the Kalapani region, in November 2019 the Indian government unilaterally published a new map that included the region within Indian territory.

This was followed in May by the inauguration of a new 75km road linking Dharchula in India via the Lipulekh pass to the Kailash-Mansarover area in the Tibetan plateau in China. The road also joins the Mansarover lake to the base of Mount Kailash, an important site for both Hindu and Buddhist pilgrims.

There were widespread public protests in Nepal at India’s actions. In retaliation, Nepal unveiled its own new map in late May which included the Kalapani region as part of Nepal which was approved by Nepal’s parliament and the president in late June. Nepal’s prime minister, Khadga Prasad Sharma Oli, said he was not bothered if the map angered anyone and that “we will reclaim that land at any cost”.

Source of the Mahakali river

Nepal’s claim to the region and the Lipulekh pass stems from the 1816 Treaty of Sugauli it entered with the British colonial rulers that defined its western border with India at the end of a two-year long war.

After Partition of the Asian subcontinent in 1947, both India and Nepal subsequently accepted the Mahakali river as the defining boundary of the west of Nepal. However, the issue has been complicated by disputed historical maps relating to the origin of the Mahakali river. From 1816 until 1857, all maps produced by British cartographers suggested that the origin of the river lay in the Limpiyadhura area. This infers that the land to the west of the river – including the Kalapani area and Liulekh pass – belong to Nepal, and so supports Nepal’s claim over the region.

My own ongoing PhD research is looking at how this issue about the origin of the river is central to the land dispute – and also to Nepal’s role in the Indo-China trade through the Lipulekh pass.

There is still no formal agreement between the three countries on where the border between them actually lies. Nepal is therefore furious that efforts to establish a trade route between India and China could overshadow its own territorial integrity.

To Nepal, China’s trade agreements with India, and use of the Lipulekh pass, act as an informal declaration that the pass is the origin of Mahakali river. Because of this, what has been a historic bilateral issue between Nepal and India over the Kalapani region has been transformed into a trilateral one.

As a small but independent and sovereign country, Nepal has few options to resist the territorial ambitions of India and China. It must tread carefully and deploy all its political and diplomatic capital to start a dialogue with both Asian superpowers to reach a comprehensive and amicable agreement. One way forward might be to form an independent committee of inquiry – acceptable to both India and Nepal – made up of international experts in hydrology, geography, cartography and politics.

Sandwiched between India and China, Nepal cannot risk alienating either of them at this stage. But amid the cloud of uncertainty and fear, the harsh geopolitical reality is that Nepal risks losing its bargaining power and getting caught in the middle of the China-India rivalry.