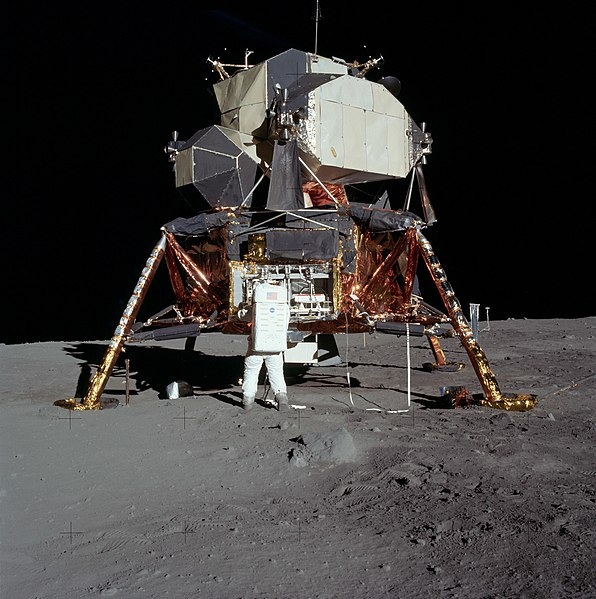 Photo by NASA via Wikimedia Commons

NASA is well on its way into planning their missions to the moon, to Mars, as well as other planets. The space agency has recently revealed its new lunar lander concept that they will use on their moon voyage.

With trips such as the ones NASA is making beyond Earth, it is important to have the technology developed perform at optimal levels. Express reports that NASA’s most recent study unveiled the new concept for a lunar lander that can bring a lunar rover to the polar areas of the moon.

The Commercial Lunar Payload Services Initiative is taking the lead on this concept, but to them, this is nothing new. The agency has already given commercial contracts for payload delivery in the hopes that they can put up commercial partnerships to support future moon missions, including the upcoming moon mission. Many of these payloads will need vehicles that can explore the environments beyond the Earth and on space.

In preparation for the mission, NASA has conducted studies to be able to determine the kind of technology they will need for their rovers to be able to explore the moon and beyond it. The studies resulted in efforts to make significant developments in the areas of propulsion, navigation, communication, and other relevant aspects.

NASA ‘s Marshall Space Flight Center lead systems engineer Logan Kennedy shared in a release that their concept was “designed with simplicity in mind to deliver a 300-kilogram rover to a lunar pole.” They made use of a mix of single-string systems, minimal mechanisms, as well as advanced technology so as not to complicate things. However, they did make some improvements in terms of landing.

They also made improvements in terms of the prevention of possible hazards that the rover may encounter while on the moon. This is also to keep the rover alive so it can do its job when it makes a landing.

It is not just the work of one NASA center, but a collaborative effort of many. They published the results of their study on the NASA Technical Reports Server for the public to view, and hope that many commercial partners can help in landing scientific instruments as well as people on the moon for further research and to benefit from the work already accomplished by the agency.