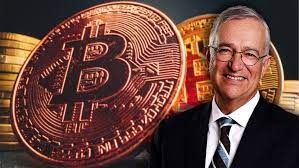 Salinas, whose net worth is $13 billion, called fiat “fake money made of paper and lies” while noting that central banks are printing more money than ever before

Mexico’s third-richest billionaire Ricardo Salinas Pliego advised people via aTwitter video to stay away from fiat currencies, like the dollar and euro, and invest in bitcoin.

Salinas, whose net worth is $13 billion, called fiat “fake money made of paper and lies” while noting that central banks are printing more money than ever before.”

Salinas is the founder and chairman of Grupo Salinas, a group of companies with interests in telecommunications, media, financial services, and retail stores.

One of the three pieces of advice he gave concerns bitcoin and central banks. The billionaire said:

In June, Salinas announced plans for his bank to be the first in Mexico to accept bitcoin.

He also believes that “Bitcoin is the new gold,” noting that it is “much more portable.”

In December, Salinas announced that his retail chain, Grupo Elektra, a leading retailer in Latin America, has started accepting bitcoin.