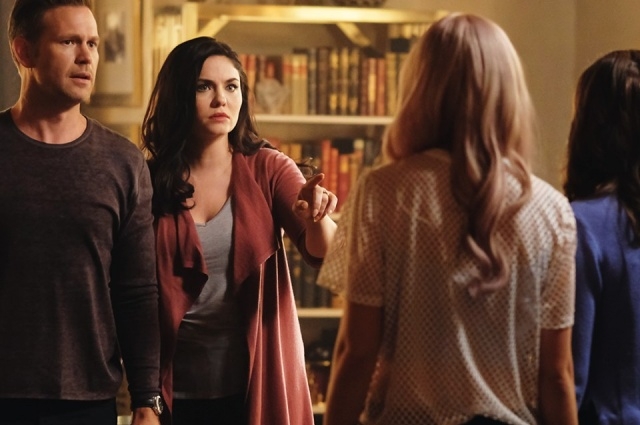 “Legacies” Season 2 is finally returning to the small screens this year. The popular spinoff of the “The Originals” and “The Vampire Diaries” will present more supernatural adventures that the viewers will be seeing for the first time.

When the series debuted on October 2018, it immediately gained a lot of steady followers. Now the fanbase is excited for “Legacies” Season 2 and can’t wait to see how Hope Mikaelson (Danielle Rose Russell) and the new generation of protectors will fight off the villains that will step in the town of Mystic Falls.

On July 8, showrunner Julie Plec revealed that they are in Atlanta for the filming of “Legacies” Season 2. She hinted that the weather that day was really hot that she can’t stop sweating but nevertheless, they are working happily for the new installment.

The overall plot of “Legacies” Season 2 is not clear, but Plec once shared that the first episode for this season will show what happened to Hope and where she is. She said that the protagonist would eventually realize that she is not dead, but she must stay alert and get herself together so she can get herself out of the mess that she'd made.

The cast and new vampires

"We're really excited about a new character that we're introducing,” she told TV Guide. “We really want to bring in an old, old, old-world vampire.”

Plec said that although they made the rule for the school in “Legacies” season 2 that the vampires who will go there will have to be teenagers and not hundreds of years old as that would be creepy. However, they may introduce the old ones this time because they want to introduce a kind of vampire who was desiccated when he was 17 (15th century) and wakes up in the 21st century and realized that the rules of being a vampire have changed.