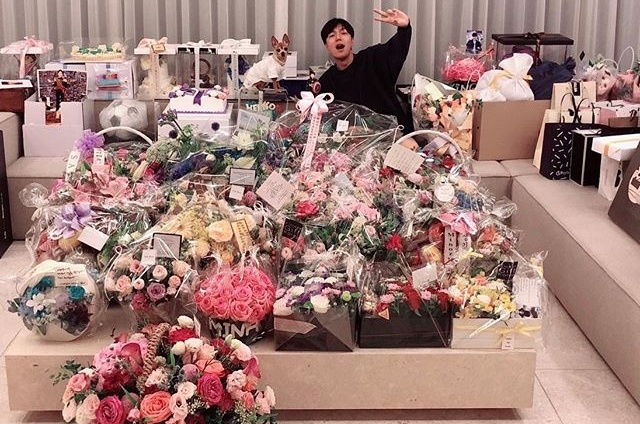 Lee Min Ho and Park Shin Hye are one of the most popular actors in South Korea, and they proved that they are famous in Asia as well. The two have also taken the U.S. by storm after starring together in the “Heirs” drama in 2013.

A research was carried out on streaming sites that air Korean dramas to determine the top five actors and actresses that the Americans like best. The study also revealed which K-drama is the most-watched in the U.S. during the survey period in 2017. The results showed Min Ho and Shin Hye as no. 1 in their categories while “Descendants to the Sun” was the favorite drama.

In any case, since Lee Min Ho and Park Shin Hye’s 2013 drama was so well-received, fans are hoping that the drama producers will make a follow-up and release “Heirs 2” with it's lead actors intact. This means that they are clamoring for the pair to reunite as they really showed amazing chemistry in the drama.

Prior to Min Ho’s discharged from the army in April, the fans have already voiced out that they want “Heirs 2” to be his first project when he returns to the drama scene, however, although he was reunited with the “Heirs” writer Kim Eun Sook, for his comeback project, it is not a drama that will also star Park Shin Hye.

However, there is still a lot of chance for a reunion, but this will only happen once their schedules allow it and they have a good project to work on even if it is not “Heirs 2.”

In any case, while the possibility of “Heirs 2” still uncertain, Lee Min Ho made the fans happy when he talked about one of the most favorite scenes in his drama with Park Shin Hye.

Park Shin Hye had already spoken about that scene, saying that she was startled when the director urged Lee Min Ho actually to kiss her.

KStar Live reported that Min Ho regretted something when he and his leading lady filmed their passionate kiss scene. The actor shared that it was regretful that at that time Shin Hye was not informed about their kiss scene, so it came as s big surprise for her.

"Since the kiss was the culmination of all the events and emotions leading up to it, there was no other alternative than to do it for real," he said in an interview. "I did regret that no one told Park Shin Hye beforehand because usually actresses are given an idea of what will happen. So I think Park Shin Hye was caught off-guard by how it played out."