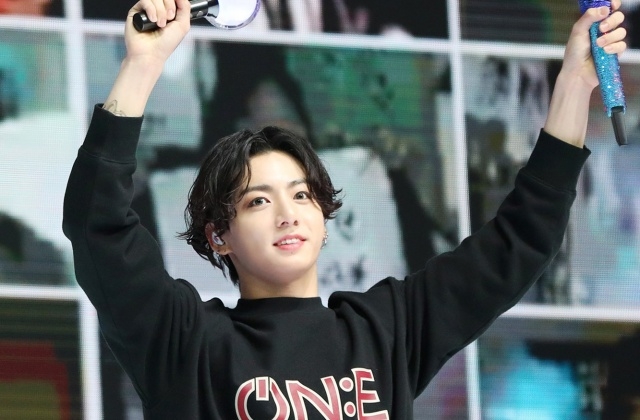 Jungkook composed the “Your Eyes Tell” that was assigned to be the official soundtrack of the Japanese movie of the same title or “Kimi No Me Ga Toikakete Iru” in the local language. The film was a remake of the South Korean film called “Always” and the new version premiered last week in both Japan and South Korea.

Allkpop reported that Jungkook wrote the hit movie’s soundtrack and the idol singer previously revealed this fact via one of his live streams. He said that originally, he made the melody for his mixtape but as it turned out to be so good, it was included in BTS’ “Map Of The Soul: 7 - The Journey” Japanese album instead.

Why the director picked Jungkook’s song for his movie

“Your Eyes Tell” is is a big hit and in fact, it climbed back up the charts as it was released in theaters on Oct. 23. Despite the COVID-19 situation, the fans showed some love for the movie remake that tells the story of a promising kickboxer and a girl who lost her eyesight due to an accident.

Now, Jungkook’s song was picked out to be the movie’s OST at the last minute which proved to be an amazing and worthy choice. Based on the report, the BTS member’s demo tape was submitted at the eleventh-hour and upon hearing it, the director immediately fell in love with it.

After being chosen, Jungkook has become the first foreign artist to compose a soundtrack for a Japanese film. When this news were published, the 23-year-old idol earned praise from fans around the world. Various media outlets and Japanese shows also started labeling him as a genius composer.

Jungkook’s song in the charts

The “Your Eyes Tell” movie is a blockbuster and so its OST is composed by Jungkook. It was said that it has topped the iTunes music chart in Japan and even beating the most popular Japanese singer Kenshi Yonezu’s “Digimon” song. It also ranks high on other Japanese charts such as the Oricon and other international charts.

Meanwhile, Jungkook and the rest of the BTS members are preparing for the release of their newest album titled “BE” (Deluxe Edition.) As posted on Variety, Big Hit Entertainment will drop the album on Nov. 20.

“The new album imparts a message of healing to the world by declaring, ‘Even in the face of this new normality, our life goes on,’” the announcement on the album release reads. “It reflects the thoughts, emotions, and deepest ruminations of BTS while working on the album.”