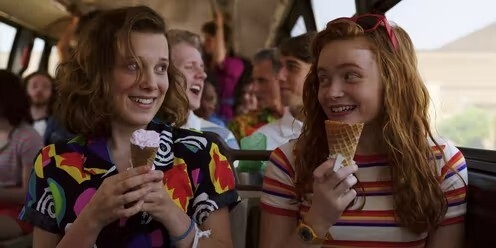 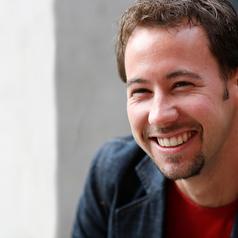 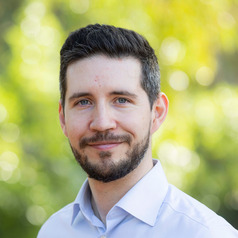 The 1980s are back, and nowhere more so than in the nostalgia-filled season four of Stranger Things.

Kate Bush’s Running up that Hill is the current number-one hit on Spotify. Since Stranger Things’ season finale, Metallica’s Master of Puppets has joined Bush at the top of the charts.

Mullets are making a comeback. Billy Hargrove (played by Perth’s Dacre Montgomery) has been rocking the hairstyle, as have Miley Cyrus and Little Mix’s Leigh-Anne Pinnock. The famed 1980s banana hair clip is back, as well as the perm(anent wave) which Nancy (Natalia Dyer) and Karen Wheeler (Cara Buono) sport this season. 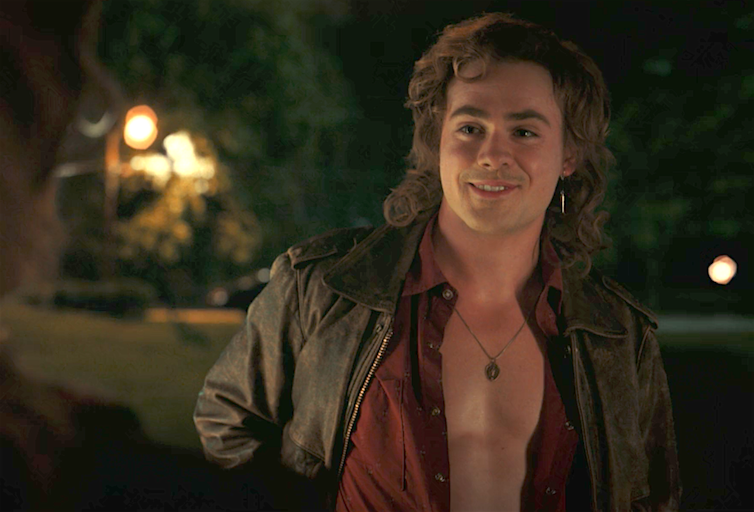 A key feature of contemporary marketing is the development of products and services that feature a new theme on an old idea. Called “retromarketing”, it is the relaunch or revival of a product or service from a historical period, which marketers usually update to ultramodern standards of functioning, performance or taste.

Sure, nostalgia sells – but what retromarketers really try to induce are feelings of “pseudo-nostalgia”.

We call it pseudo-nostalgia because younger consumers of these revived products and services have never experienced the original. Generation Z will not have been there, done that.

In fact, they are buying retrotastic products and services that sometimes have little relation to 1980s reality whatsoever.

Stranger Things costume designer Amy Parris and her team have collaborated with Quiksilver on five apparel collections based on 1980s fashion. Founded in Torquay, the surf-inspired clothing brand was an integral part of the eighties look.

It’s not only Stranger Things harking back to the 1980s. Ghostbusters: Afterlife (2021) not only brought back the much-loved movies, but also recreated the Stay-Puft Marshmallow Man as “Mini-Pufts” for a new set of consumers.

Thor: Love and Thunder also has a distinct eighties-adventure vibe, taking the Beastmaster (1982), Conan the Barbarian (1982) and eighties Californian graffiti as visual inspiration to great effect and amusement.

Of course, Generation Z, born after 1996, cannot actually be nostalgic for the 1980s.

As young consumers become pseudo-nostalgic for the 1980s, they look to evoke that decade through “compensatory reconsumption”: they immerse themselves in eighties pop culture to cope with their wistful affection and sentimental longing for this period of the past. Consuming 1980s-esque products and services allows them to pretend they were really a part of that historical period.

For fans of Stranger Things, buying retrotastic products and services helps fans go to the 1980s in their mind’s eye and empathise with their beloved characters.

TV series and movies like Stranger Things, Ghostbusters and Thor transform consumers’ relationship with the historical time. As one person we interviewed put it:

The original canon is not immune to what I have lived. It is no longer possible to distinguish between what you live […] from what you [see] in the original.

To put it another way, when zoomers feel nostalgic for the 1980s, they play at being a part of that decade. They see themselves as experts with an authentic understanding of the historical period and its associations.

Painful memories or something new to love?

It isn’t all mullets and pop songs.

The 1980s were also the height of the Trabant car, the national car of the German Democratic Republic in the days before the fall of the Berlin Wall.

The laughing stock of Europe, the “Trabi” was a small but sturdy car that could barely muster 100 kilometres per hour. Due to the communist planned economy, it could take more than ten years after ordering to finally take delivery of the car.

So, it may be a bit of a surprise that an electric Trabant nT or “newTrabi” has been unveiled as a concept car. Better equipped than the old Trabi, in true capitalist style it would come with all the mod cons. 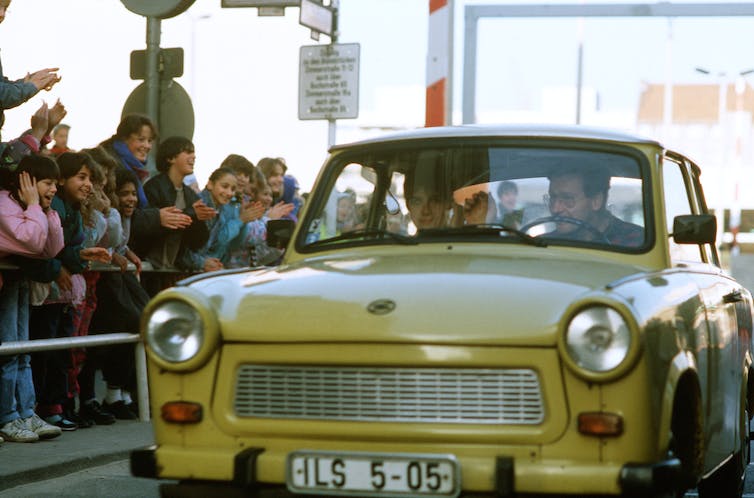 Is the Trabant really a car we want to bring back? Wikimedia Commons

Is the association with the old Trabi too comic or painful? Or will drivers love the newTrabi as a symbol of where East Germany started and how far it has come?

If Quiksilver’s collections are any sign, drivers will love the newTrabi. Even just a year ago, it was hard to imagine neon or oversized clothing ever coming back into fashion – but now the Quiksilver/Stranger Things collaboration has seen a neon purple hat and this pastel mishmash of a nylon oversized windbreaker sell out worldwide.

The 1980s are back – but it is worth remembering these are not the true 1980s. No matter how great the fashion faux pas, consumers who embrace the current 1980s revival will go to that time through pseudo-nostalgia and compensatory reconsumption.