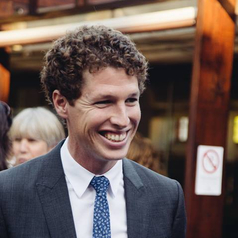 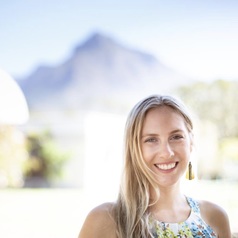 Recent decades have seen remarkable growth in astronomy on the African continent. Africa enjoys pristine dark skies and vast radio quiet zones, making it the ideal home for many advanced telescopes trained on our galaxy and beyond.

For instance, Namibia hosts the High Energy Spectroscopic System (HESS), which is an impressive gamma-ray telescope. The Southern African Large Telescope (SALT) in the small South African town of Sutherland is the largest optical telescope in the southern hemisphere. The MeerKAT telescope in South Africa’s arid and sparsely populated Karoo region is one of the world’s most powerful radio telescopes. It is also one of the precursor telescopes that have been built in preparation for an almighty radio telescope called the Square Kilometre Array (SKA).

Through these and other projects, Africa is beginning to emerge as a world leader in astronomy. Many brilliant scientists contribute to this status – but without one, Dr Bernie Fanaroff, the SKA might never have come to South African shores.

We are both astronomers and, in March 2019 launched a podcast, The Cosmic Savannah, to showcase the amazing astronomy and astrophysics coming out of the African continent. When we reached the 50th episode, Bernie was the obvious guest for the landmark occasion.

Who better than Bernie, we thought, to reflect on how the discipline reached this point.

Fanaroff is one of the key individuals responsible for the current growth and strength of astronomy in South Africa. He is a world-renowned radio astronomer who, while working on his PhD at Cambridge University in the early 1970s, made a breakthrough discovery about radio galaxies. Radio galaxies contain supermassive black holes at their cores which spew out huge jets of plasma and glow at radio wavelengths.

Bernie and his collaborator, a British astronomer named Julia Riley, were some of the first people to examine high-resolution images of such radio galaxies. They noticed that the luminosity of a radio galaxy was closely related to the shape of the plasma jets. This led to what became known as the “Fanaroff-Riley” classification system, still used today, in which galaxies are grouped by their “Fanaroff-Riley” type.

But it took decades for Fanaroff to learn that a classification system had been named partly in his honour. He left the field of astronomy shortly after completing his PhD. Incensed by the poor treatment of workers in apartheid South Africa, he joined the National Union of Metalworkers, eventually becoming its national secretary. He later served in Nelson Mandela’s government, beginning in 1994.

Come 2003, he attended an astronomy conference – and discovered he was world famous. He told us:

One or two people said to me, ‘Are you the Fanaroff of Fanaroff-Riley?’ This was actually news to me. And they said, ‘We thought you were dead! We heard you’d died because nobody’s heard anything of you since, you know, 1974.’ So I said, ‘No, I haven’t died and it is me,’ but it was all a bit of a surprise.

After this, Fanaroff returned to astronomy: he became the project director for South Africa’s bid to host the Square Kilometre Array Telescope. Both South Africa and Australia were finalists in the bid; in 2012 it was decided by the international SKA consortium that the telescope would be split between both sites.

Fanaroff and his colleague, Professor Justin Jonas, drove the bid. In our interview, he recalled:

So [Jonas] said, if we’re going to have the world’s largest telescope in South Africa and in Africa, we better develop a community of radio astronomers and engineers who can build it and use it. So we were able to persuade our steering committee that we should start building a precursor.

The project quickly became about more than just science: it also drove human capacity development in South African astronomy. At the time of the SKA bid there were only five or six radio astronomers in the country.

“We decided very early on that we had to focus on getting the young people into science and making sure that we could develop them. So we put aside money for grants for undergraduate study in physics and engineering, for postgraduate study, for masters and PhD students, for research fellows.”

Ultimately, it was this long-term vision which led to Bernie and his team landing the biggest global scientific project in Africa.

A bright age of astronomy

Thanks to people like Bernie, the future is bright for African astronomy. His message to young researchers, he said on the podcast, is:

I think that you’re actually in a golden age of astronomy and I really envy you and the other young people who are coming into astronomy. Now you’ve got the MeerKAT, but you’ll soon have the SKA, which will be a wonderful telescope.

He added: “You’ll have the (James Webb Space Telescope), which will be a revolutionary optical and infrared telescope. You’ve got all the other new telescopes, the Extremely Large Telescope (in Chile), gamma-ray telescopes. And of course, you’ve now got gravitational wave telescopes. So you’re in a golden age where you’re going to be having so many opportunities.”