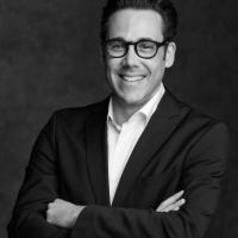 The general picture of gig economy work and mental wellbeing is not a pretty one. Around the world, Uber drivers face wage and security worries. Deliveroo workers have too much competition. Airbnb owners face legal problems in Paris and other cities.

But while these headlines suggest a dark cloud over the heads of gig economy workers, recent data I’ve looked at unexpectedly shows that they are about 33% more likely to self-report positive mental health traits.

It may seem like a counterintuitive result but, in new research with Bénédicte Apouey, a professor at the Paris School of Economics, I found that self-employed gig economy workers in the UK score higher across a range of psychological wellbeing measures than workers in the mainstream economy.

Meanwhile, gig work in the UK is surging, with unemployment at a record low and demand rocketing for sharing-economy services. Deliveroo, for example, was named the UK’s fastest growing tech firm for 2018 by Deloitte. Uber, although facing regulatory issues in the UK, still posted a huge increase in profit last year. Airbnb’s market in London has increased fourfold since 2015.

To find out how the gig economy is affecting people, we matched data from the Understanding Society study (the biggest long-term study of household attitudes in the UK) and Google Trends, which shows the popularity of different search terms at different times and places. Understanding Society has information about people’s health and demographics, and tracks their employment type.

The Google search terms we analysed were primarily words associated with gig economy work in a given area. This served as a predictor for where people had gig employment at Uber, Deliveroo and Airbnb. Cross-referencing this data with the Understanding Society study, enabled us to analyse the mental health of people working in the gig economy.

We found that self-employed workers reported improved ability to concentrate and self-confidence, which are both important to mental health. These workers also reported a boost to self-worth and happiness.

The boost in self-confidence and concentration fits with benefits some workers in the sharing economy receive from not needing to adhere to certain restrictions found in traditional paid work, such as working schedules set by a boss or having long commutes. Other research indicates that Uber drivers in London, although they make less than most Londoners, have greater life satisfaction.

For employees in the mainstream economy, heavy job requirements plus low autonomy lead to stress. Employees with zero hours contracts – whose hours fluctuate from week to week but who lack control over their schedules – may be under even more stress than those with regular jobs. In contrast, gig workers decide when to work and make their own decisions about customers, leading to a greater sense of control.

Our health and wellbeing measures are from the General Health Questionnaire of the Understanding Society study, which evaluates the current state of mind of respondents and asks if it is different from their usual state. Some of the questions relate to concentration, loss of sleep due to worry, and feelings that they play a useful role or can face up to problems. Other questions ask if the subject is unhappy, depressed or lacking confidence.

The scores for our measures run from lowest mental health at 0 to the best psychological health at 36. The mean is around 24. We found that self-employment increases a subject’s score by eight points – an improvement of roughly one third.

One very large change in the factors we examined was money spent on alcoholic drinks. For gig workers, it dropped by a breath-taking 200%. This isn’t necessarily a reduction in consumption of alcohol, but in spending. Uber and Deliveroo drivers are often at work when people are down the pub or at meal times, when money is often spent on drink. These are peak hours for gig workers, who need to be sober on the job. It nonetheless results in a remarkable difference for mental health, especially in the UK, where alcohol misuse is the biggest factor for death and ill-health among those aged 15 to 49.

Our results also show that women, those without a university degree and older workers – groups that are often overlooked in the regular economy – fare particularly well in terms of mental health. The sharing economy offers not only flexibility but a direct connection that allows these workers to feel that they are making a real and immediate contribution.

For women especially, self-employment gives a level of flexibility to part-time work that isn’t possible in the mainstream workforce. As women often bear the brunt of care responsibilities, this autonomy is vital to their mental health.

Our preliminary conclusions point to the importance of autonomy in the workplace. The gig economy offers workers the opportunity for more control in their jobs, which may lead to more self-worth, more confidence, less strain.

It’s clear that workers who have this control, as well as flexibility and the idea that they’re making a difference, are more mentally healthy. Managers can weave flexibility into office life, empowering and engaging workers to be responsible for and confident in their decision making abilities.

Poor mental health is expensive for employers. In fact, it is estimated to cause 91m lost working days each year in the UK, costing the economy US$37.5 billion. This is, of course, not limited to the UK. In the US, it’s estimated that US$193 billion in earnings is lost each year due to serious mental illness.

Past the dramatic articles about the perils of the gig economy, the changing nature of work needs more attention. Self-employment has a positive impact on mental health, even with some insecurity. In contrast, the precariousness of zero hours contracts, where workers often learn their schedule just a few days in advance, should not be associated with gains in wellbeing found among gig workers.