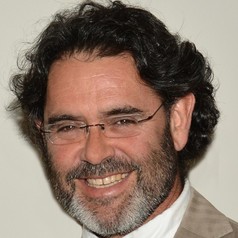 South Africa’s state power utility Eskom is the biggest challenge facing the country. Mess up Eskom, and you mess up the country. And it looks as though key players are doing just that.

The past two weeks will be remembered as the start of a cataclysmic economic crisis caused by the failure of three powerful men to spend enough time in a room to find a comprehensive solution that would turn the current crisis facing the utility into a great opportunity for South Africa’s energy and economic future. And to finally break from the country’s past. By refusing to align their policies and strategies, the three ministers – from energy, finance and public enterprises – are responsible for triggering a crisis that will be resolved on the streets.

What we see in Chile, where public anger has spilled out onto the streets, is what can be expected to emerge as ordinary South Africans experience the true implications of this failure to decisively resolve the crisis.

What’s at stake is not just the short-term crisis and how the country keeps its lights on. At the core, the crisis is about finally transcending the powerful minerals-energy sector (coal mines plus Eskom), which is a major pillar of the South African economy – a sector that has survived the end of apartheid.

The ministers, with decisive leadership from President Cyril Ramaphosa, had a golden moment to take the first step by releasing South Africa from the stranglehold of a debt-laden Eskom in an unstoppable death spiral.

They failed to combine their respective policies into an integrated framework for transitioning to renewables, transforming Eskom and managing the utility’s ballooning debt.

In the final instance, it is the President who needs to call his ministers to order. The open question is whether Cyril Ramaphosa can act decisively to coordinate them to clearly and unambiguously address the Eskom crisis.

This will require managing competing interests. The assumption in South Africa is that nothing can be done unless everyone is on board. But in a crisis of this magnitude, big decisions need to be made that will make vested interests equally unhappy so that the best can be done for the nation as a whole.

On October 18 Minister of Minerals and Energy Gwede Mantashe announced a new energy plan (the Integrated Resource Plan) for the country. This was an opportune moment to set the country on a new trajectory in terms of energy generation. But that’s not what happened. The lowest cost option – only renewables plus gas – was rejected. In addition to unlocking renewables and gas, the plan provides for 1500 MW of coal-fired power despite the fact that nearly all the biggest financial institutions in the world have said over the past 18 months they are divesting from coal.

On Tuesday October 29 the Minister of Public Enterprises, Pravin Gordhan, announced a new Roadmap for Eskom. Here the focus was on unbundling. The mooted plan is to create a “transmission entity”. There was also reference to a “just transition” – without saying how it will be funded – to manage the consequences of decommissioning most coal-fired power stations.

Mostly importantly, there was no reference to how the utility’s R450 billion debt will be managed. Nevertheless, at least the Roadmap reinforced the notion of lowest cost option, repeatedly.

Next up was the Minister of Finance, Tito Mboweni, who delivered his medium term budget on October 30. The expectation was that he would set out how the National Treasury planned to manage the power utility’s debt. The matter is urgent given that a restructured entity is expected to handle, at most, R200 billion worth of debt. But the Eskom debt is north of R450 billion. That leaves R250 billion worth of unserviceable debt.

Without clarity on how the unserviceable debt will be managed, the Roadmap for the utility cannot be effectively implemented because of complex cross-guarantees and the burden of running a utility that cannot service its debt obligations.

Expectations among South Africans, investors, businesses threatened by power cuts and international funders were high that Mboweni would relieve Eskom of R250 billion worth of debt so that it could be freed up to restructure.

But he didn’t. Mboweni said he wants to see the restructuring plan implemented before he considers debt relief.

It needn’t have been this way. There were alternatives.

On the debt front, as recommended by the Eskom Sustainability Task Team appointed by the President, the R250 billion should have been ring-fenced into a special purpose vehicle with agreements on funding flows to ensure that it is “ratings neutral”. It was recommended that the funds for this would come from a number of sources, including the budget, revenues from the utility itself and carbon finance conditional on accelerated decommissioning.

This would have enabled Eskom to refinance itself. Without this kind of arrangement, Eskom is redirecting funds for maintenance and operations into servicing debt. If this continues it will face system collapse.

On restructuring, the Roadmap recommends a “Transmission Entity” that will be a subsidiary of Eskom Holdings. This is a good idea, but the unions will suspect it is the first step towards privatisation and will object.

On the energy plan, the lowest cost option to meet future energy needs should have been selected. The fact that it was rejected will cost South Africa an extra R100 billion just at the point when it needs the cheapest energy with maximum security of supply. This includes a rapid build programme which coal and nuclear cannot provide.

This means that – unlike most other countries which have accepted the inevitability of the energy transition – accessing climate finance (mainly grant funds, but also concessionary loans) to finance the transition becomes impossible. Again, this comes exactly when the country needs the cheapest possible finance.

The misalignment between the three ministers responsible for shaping the country’s response to the Eskom crisis has produced an outcome that is out of line with the statement that President Cyril Ramaphosa sent to the UN Climate Summit on September 23, 2019. In it he made it clear that South Africa takes climate change seriously and that a just transition fund will be established. In his words:

In shifting to a low-carbon, inclusive, climate change resilient development path and embracing the global energy transition, we must ensure that we leave no-one behind.

Granted, the Roadmap echoes this by acknowledging that a global energy transition is underway and that the lowest cost option is preferred. And the energy plan does provide for 23,854 MW of additional renewables (wind and solar) by 2030.

But the failure of the medium term budget to provide for a ring-fenced facility to manage the debt Eskom cannot handle effectively reinforces the stalemate.