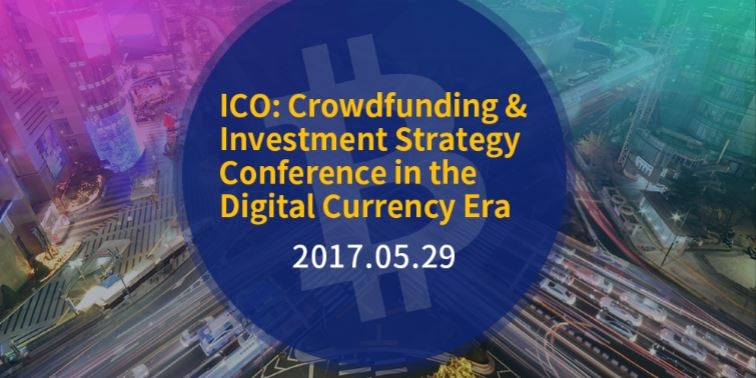 THEblockchain, along with EconoTimes, is going to host a conference focusing on Initial Coin Offering (ICO) – a new and innovative fundraising method that has quickly gained popularity among fintech and blockchain startups.

The “ICO: Crowdfunding & Investment Strategy Conference the Digital Currency Era” is scheduled to take place on 29 May 2017 at International Conference Hall, Korea Technology Center (16F), Seoul, South Korea. The conference is expected to be attended by practitioners, C-level executives, and fintech startups, among others.

The startups or business ventures undertaking ICO drive sell new cryptocurrency tokens in order to attract investment for their project. ICO (also known as crowdsale) is not regulated at present and has become one of the most preferred ways of raising funds. The process involves sale of part of cryptocurrency tokens to early adopters and enthusiasts before the project is started, who expect the value of the token to increase after a successful launch.

ICO is often compared to IPO (Initial Public Offering) as both these methods involve raising funds by selling shares (tokens in case of ICO) and investors invest capital to tap into the profitability of the project. However, unlike IPO, ICO drives are mostly supported by early investors and enthusiasts. In this sense, ICOs are somewhat comparable to crowdfunding. However, while early supporters investing in ICO are motivated by future proceeds, the funds raised by crowdfunding campaigns are similar to donations.

In the conference, global experts will discuss the future of ICO and crowdsale and its best practices. It will also look at how investors can leverage ICO in their investment portfolio.