FxWirePro: FTSE100 struggles to close above 200-H MA, good to sell on rallies 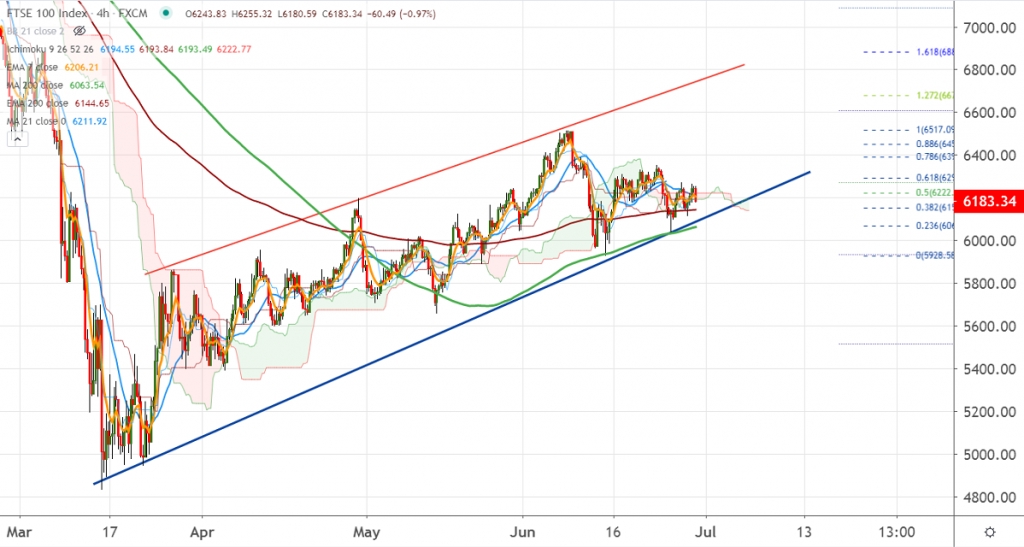 FTSE100 is trading lower after a minor jump to 6262 levels. The weak UK GDP data came yesterday has dragged UK index further down. According to the office for National Statistics (ONS), the economy dropped by 2.2%, the biggest decline since 1979.  The increase in the number of new cases in the U.S and the fresh lockdown has decreased demand for riskier assets. It is currently trading around 6.

The near-term resistance to be watched is 6275 and any violation above will take the index till 6300/6352. Significant trend continuation only if it crosses 6352.