FxWirePro:EUR/AUD set for increasing upside potential,good to buy on dips 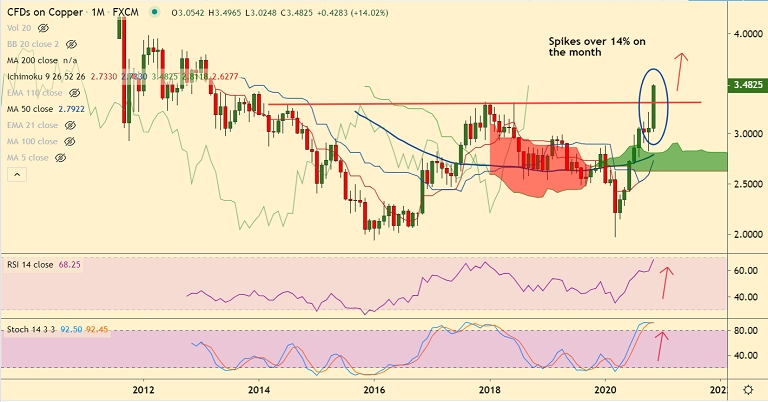 Prices have risen over 14% for the month of November and bulls remain in control with more upside on charts.

China's official manufacturing purchasing managers' index (PMI) rose to its highest since September 2017, printing at 52.1 in November from 51.4 in October.

The official non-manufacturing PMI ticked higher to 56.4, its highest reading since June 2012.

Hopes of progress in developing COVID-19 vaccines which could spur a swift global economic revival were also supporting commodity prices.