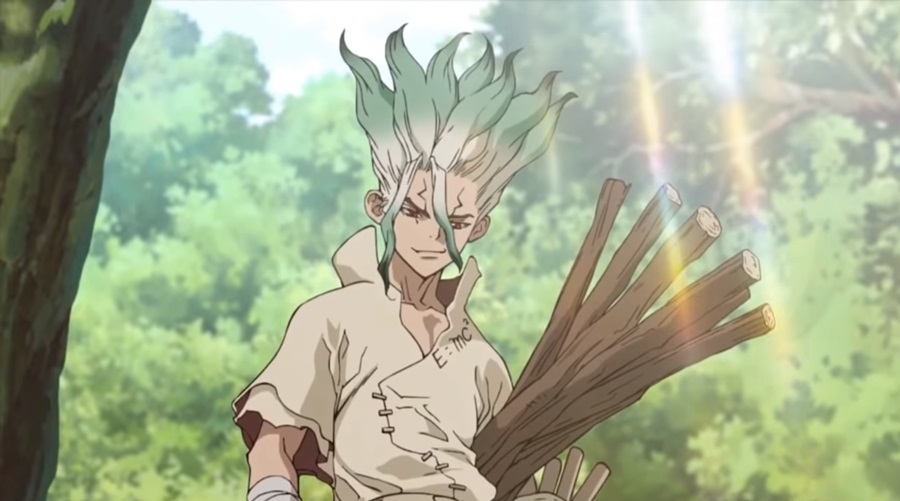 Photo via Screenshot of AnimeTV チェーン/Youtube

This article contains massive spoilers for “Dr. Stone” Episode 16. For anyone who isn’t interested in reading what’s going to happen next, please turn back now. As for the rest, let’s begin.

“Dr. Stone” Episode 16 will be continuing on the small cliffhanger that was left behind by the previous release. Ruri, after being cured, figured out Senku’s full name.

With Ishigami the name of the village, “Dr. Stone” Episode 16 will be focusing on how exactly did the place got its name and who’s responsible for building it in the first place. Well, to put it shortly, it was Senku’s father who founded the village.

As such, expect “Dr. Stone” Episode 16 to have a bit of a flashback to a time when the petrification first started. It turns out that the catastrophic event that turned humanity into stone first started in South America.

Due to Byakuya – Senku’s father – being onboard the International Space Station when the event occurred, he wasn’t affected by the global petrification. There were six people on board, and all of them instantly understood what to do moving forward. “Dr. Stone” Episode 16 will provide a brief tension aboard the space station by having Byakuya fighting with another crew member.

This crew member, it turns out, only wants to explore the surface first since he doesn’t have anything to lose, unlike Byakuya, who still his family to save. But “Dr. Stone” Episode 16 will reveal that the entire crew will still get back on Earth to solve whatever it is that caused the event.

However, given that humanity was literally put to a standstill, it was difficult for Byakuya and the rest to find a cure for everyone. As such, they made stories to be passed down in future generations, tales that were preserved and eventually inherited by Riru since she’s a priestess. “Dr. Stone” Episode 16 will then reveal that it was Byakuya who started this tenacious grip to keep humanity alive all this time.

So does this mean that the entire village is related to Senku? Not quite. Senku will explain that a gap of thousands of years doesn’t mean a lick when it comes to bloodlines. The village can be traced back to Senku, to be sure. But that’s about the rest of it as far as the brilliant scientist is concerned. As for the release date of “Dr. Stone” Episode 16, it will drop on Oct. 18.