Coronavirus and the NHS: a big dose of cash is welcome, but not enough on its own 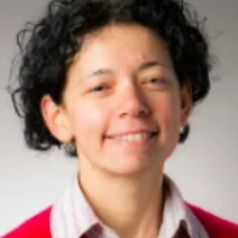 When the new UK chancellor, Rishi Sunak, unveiled his first budget, the novel coronavirus was inevitably front and centre of his plans. He laid out a £30 billion package of measures to contain the “temporary disruption” that the outbreak will generate. The lead item was a big funding injection for the National Health Service (NHS) – an immediate £5 billion and more as necessary, though the chancellor did not say how much. He said:

Whatever extra resources our NHS needs to cope with coronavirus it will get. So whether it’s research for a vaccine, recruiting thousands of returning staff or supporting our brilliant doctors and nurses. Whether it’s millions of pounds or billions of pounds. Whatever it needs, whatever it costs, we stand behind our NHS.

For workers, Sunak announced plans to support individuals who might lose income. Statutory pay will be guaranteed to those who are advised to self-isolate even without presenting symptoms. Employment support allowance will be available for self-employed people ineligible for sick pay from day one, compared to the week they have to wait at present. Councils will also receive a £500 million hardship fund to help vulnerable people.

The government also aims to mitigate the immediate shock to the economy while ensuring its long-term consequences are alleviated. Firms with fewer than 250 staff will be refunded for sick pay for two weeks. Small firms will be able to access loans for up to £1.2 million for “business interruption”. Business property rates will be abolished in England for small firms in the leisure, hospitality and retail sectors, though this has already prompted complaints from some who have been left out – such as nurseries.

Backing up all these measures is the emergency package announced by the Bank of England. It included an 0.5 percentage points interest rate cut and measures to encourage UK banks to keep lending to businesses. The better that businesses are financially supported, the more they can help their employees to get through the outbreak, so this, too, is very relevant to the healthcare package.

The outbreak in Lombardy in northern Italy, one of the richest regions in Europe with one of the best healthcare systems, has shown how quickly the novel coronavirus can bring hospitals to their knees. The region has experienced unprecedented pressure on healthcare workers, while the availability of beds in intensive care units has been challenging.

Compared to the UK, with 6.6 critical-care beds per 100,000 people as recently as 2012, Italy as a whole has 12.5 per 100,000. If the virus spreads at a similar rate to Italy, it is likely that the burden on NHS hospitals will be considerable given the current adult critical bed occupancy rate in England is at 83%. In another northern Italian region, Veneto, 80% of intensive care beds were occupied as of March 10, with 67% taken by coronavirus patients.

There are studies highlighting the large costs in terms of patient hospital admissions from a previous pandemic, the 2009 H1N1 influenza – better known as swine flu. The first wave of this pandemic (June 2009–March 2010) cost the UK £20.5 million with 10,348 admissions. Swine flu ended up killing nearly 300,000 people in scores of countries after infecting between a tenth and a fifth of the world population. So far, COVID-19 has killed fewer than 5,000, but could infect 70% of world population and potentially has a much higher fatality rate.

Rishi Sunak mentioned potential plans to bring doctors and nurses back from retirement. But it is unclear in what way and how quickly this can be implemented. And like in Italy, there are large variations in services within the UK, meaning that the NHS’s capability to fight this outbreak will vary in different parts of the country. For instance, waiting times in A&E vary across the four UK nations, even though the targets are similar. It will take more than just money to address these kinds of issues.

So we need a more detailed plan, and the budget would have been a good place to lay it out. Compare Canada, which has just announced C$1 billion (£570 million) of financial support for a range of measures including access to testing, acquiring relevant medical equipment and enhancing surveillance and monitoring of the virus.

SARS-CoV-2, to give the virus its full name, will also lay bare chronic issues with the NHS such as workforce shortages, problems with adult social care, health inequalities and stalling life expectancy. On adult social care, for example, many older people are stuck in hospitals because the social care services are insufficient to support them at home. In hospital they may be more at risk of catching the virus than at home.

At the same time, the quality of healthcare is only one of many determinants of people’s health. Research into the 2009 swine flu pandemic highlights that clinical factors only explained a portion of the spread: far more important were people’s levels of education and deprivation within different neighbourhoods.

The government may have set out plans to support vulnerable people during the outbreak, but there is no long-term strategy to tackle these so-called “social determinants of health”. For example, people who work in poorly paid jobs and live in poorer quality housing are more likely to have co-morbidities that will make them more vulnerable. They are also more likely to be in close proximity to many other people because of relying on buses.

Without a strategy to tackle these “causes of the causes”, we are likely to see the effects of the outbreak lasting far longer in some parts of the population.

The rest of the budget was aimed at tackling the effects of a decade of austerity, such as low productivity and low growth. This included investing in research and development, cutting-edge technologies and infrastructure. In effect, it was a budget of two halves: both a coronavirus budget and what we might call a national budget – one short term and the other long term.

When it comes to strengthening healthcare, the two are inextricably linked. The emergency funds announced in the budget are certainly welcome to get through this scenario – even if they lacked detail – but we also need to think properly about the future. The NHS still faces long-term pressures on its workforce and on adult social care, and it lacks a national strategy for dealing with health inequalities across the UK’s various governments.

The country’s long-term recovery will depend on its ability to turn it into an opportunity to reinvent the role of the government in relation to the health of the nation. To better protect the country from future health shocks, the government needs to take a more systemic approach.