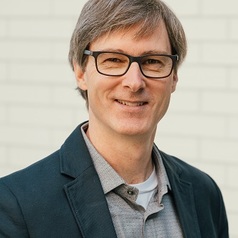 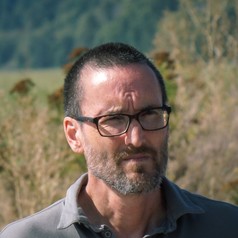 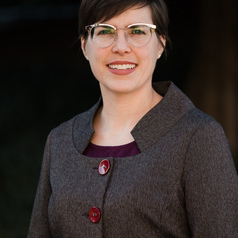 There have been two encouraging recent developments in the longstanding conflict over the proposed Coastal GasLink pipeline on the territory of the Wet’suwet’en nation in northern British Columbia, though matters are on very shaky ground.

The $6.2 billion pipeline would transport natural gas from northeastern B.C. to an export terminal at Kitimat. Its route crosses the unceded territory of the Wet'suwet'en nation.

The pipeline was approved by the provincial government and the elected band councils of 20 First Nations along its route, including five in Wet'suwet'en territory. But the project has been opposed steadfastly by Wet'suwet'en hereditary chiefs. There have been protests, blockades, court injunctions, police roadblocks and arrests.

The conflict escalated after a court issued an injunction in late December 2019 prohibiting opponents from obstructing the project.

The Wet’suwet’en hereditary chiefs then issued an eviction notice to Coastal GasLink. The RCMP established an access control checkpoint and initiated aerial surveillance. Protests and arrests spread to the provincial capital.

Indigenous and human rights groups have expressed concern that Indigenous rights, including the right to free, prior and informed consent to resource development, are being infringed in Wet’suwet’en territory.

In the midst of these developments, B.C. Premier John Horgan announced that the “rule of law” must prevail. He argued that the project “has every right to proceed,” it will be built and “British Columbia is moving on.”

The appointment of the provincial liaison and the hereditary chiefs’ agreement to sit down for talks are welcome steps. But they will have lasting value only if they pave the way for direct leader-to-leader meetings between the hereditary chiefs, Horgan and Prime Minister Justin Trudeau.

The Wet'suwet'en hereditary chiefs have repeatedly requested such meetings. As one of them reiterated recently, they want “face-to-face meetings with fellow decision-makers.”

Horgan has declined these requests, even during a recent tour of northern B.C. For his part, Trudeau considers the dispute a provincial matter.

Fundamentally, this is not a dispute between Coastal GasLink and the Wet’suwet’en, nor between hereditary chiefs and Indian Act band councils. It goes to the core of the relationship between the Crown and Indigenous Peoples.

There is a tendency to dismiss the hereditary chiefs as just a group of opponents, in contrast to the 20 First Nations that have approved the pipeline. This is deeply misleading.

The plaintiffs in the landmark Delgamuukw case before the Supreme Court were the hereditary chiefs, not the band councils. The court accepted detailed evidence of the Wet’suwet’en hereditary governance system and confirmed that the Wet’suwet’en never surrendered title to their ancestral lands.

The hereditary chiefs are not merely a group of disgruntled opponents; they represent the Wet’suwet’en system of law and governance.

The law is clear

The Supreme Court has been clear: The Crown must engage directly with the Indigenous group whose rights are at stake. This obligation cannot be fulfilled by third parties with vested interests in the project’s success.

Horgan’s insistence on the “rule of law” fails to acknowledge that the relevant law includes not just the injunction order and regulatory approvals but the Constitution, Supreme Court decisions, and — crucially — Wet’suwet’en laws and institutions.

The hereditary chiefs embody those laws and institutions and enjoy an authority that predates the arrival of the British and the creation of the Canadian state. This authority is entitled to respect.

In an age of truth and reconciliation, respect for the rule of law must include respect for the authority of Indigenous law and a commitment to work out a just and sustainable relationship between Indigenous and settler Canadian legal systems.

The failure of Horgan and Trudeau to meet with the hereditary chiefs risks undermining Canada’s collective effort to achieve reconciliation with Indigenous Peoples.

Canadians are just beginning to confront our colonial past and present and to address the longstanding wrongs inflicted on Indigenous Peoples. Initial positive steps in this direction, including Canada’s promises to implement the Truth and Reconciliation Commission’s Calls to Action and the UN Declaration on the Rights of Indigenous Peoples, ring hollow if provincial and federal leaders refuse to honour the hereditary chiefs’ request for a meeting, let alone recognize and respect Wet’suwet’en law.

Reconciliation and justice cannot be achieved by the brute force of the RCMP or the self-interests of energy companies.

This is why, on Jan. 22, 2020, we signed a letter, along with more than three dozen legal academics and professionals from across the country, urging Horgan and Trudeau to immediately sit down with the hereditary chiefs.

We’ve demanded they commit to resolving this issue by recognizing the authority of Indigenous laws and governance institutions, implementing Indigenous Peoples’ right to free, prior and informed consent, fulfilling the Crown’s constitutional obligations and upholding the honour of the Crown.

Grand Chief Stewart Phillip of the Union of B.C. Indian Chiefs recently called on Horgan to “get off his high colonial horse and honour the Wet'suwet'en hereditary chiefs with his personal presence.”

The serious work of reconciliation demands nothing less.