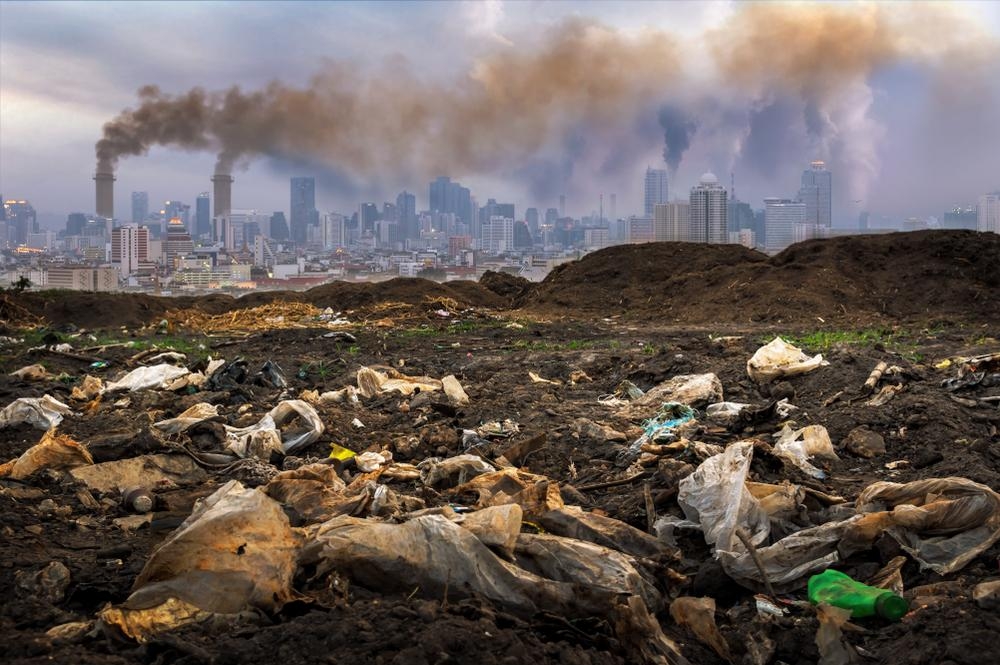 Toxic waste from human hands Industries that create pollution and cities that are affected by pollution. Shutterstock 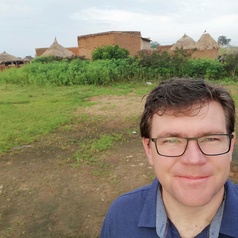 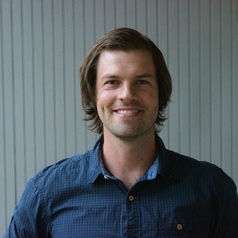 A key feature of climate change is that it doesn’t pose one single risk. Rather, it presents multiple, interacting risks that can compound and cascade. Importantly, responses to climate change can also affect risk.

In our highly connected world, climate risks and our responses to them can be transmitted from one system or sector to another, creating new risks and making existing ones more or less severe. In many cases risks cannot be understood without considering these interactions.

Recent evidence indicates how some of the most severe climate change impacts, such as those from deadly heat or sudden ecosystem collapse, are strongly influenced by interactions across sectors and regions.

For example, global warming of 2°C is projected to reduce yields of staple crops by 5%–20%. The compound interaction between heat and drought can make the risk to crops more severe. In response, global trade networks that link distant food systems together can help compensate for reduced local food security. But they can also create new risks, such as more rapid spread of disease, pests and invasive species. And new threats to local food security can arise from commodity price spikes caused by policy responses to climate shocks elsewhere.

Limiting global warming will reduce risk to crop yields. Yet the response actions selected to achieve this will also affect risk. For example, planting forests might displace food crops.

So how can these complex risks be assessed? In a recent article, we propose three steps. The first is to recognise mitigation and adaptation responses as potential drivers of increasing or decreasing risk. The second is to identify how the multiple drivers of risk interact. The third is to pinpoint how multiple risks can aggregate, compound and cascade.

Typically in climate change assessments, risk is considered as a combination of three components – hazard, vulnerability and exposure. This is the approach used by the Intergovernmental Panel on Climate Change to date. 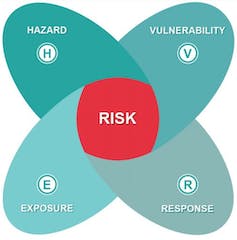 Take a simple example. Extreme heat (the hazard) poses a risk to rail infrastructure through its heat tolerance (its vulnerability) and its location (its exposure).

But responses to climate change also affect risk. Look at local biodiversity, for example. Planting trees could be as great a threat to habitat loss as drought itself. And tree planting and drought can interact to increase risk of intense wildfire, further harming biodiversity.

Some decisions can have negative unintended consequences, but some can have multiple benefits. For example, switching from fossil fuels to renewable energy will limit global warming and prevent millions of premature deaths caused by air pollution. A more unified risk framework recognises how this happens.

At the moment, risk assessment tends to focus on interacting climate hazards, especially extreme events such as concurrent heat and drought, or heavy rainfall coinciding with a storm surge to increase likelihood of flooding.

This physical science focus on “compound” extreme events needs to be integrated with greater attention to compounding drivers of exposure, vulnerability and responses.

For example, interactions of gender, age and race can increase risk of illness and death from extreme heat. The risk compounds when low-income workers spend more time working outdoors and are more likely to live in hotter parts of cities.

Risks can “compound”, “cascade” and “aggregate” with others. Compound climate risks are those where two or more risks interact with each other to change the overall severity of risk. For example, risk to human life from tropical storms can compound with risk to life from COVID-19 in evacuation centres. A cascade is when one risk triggers many others. For example, tree death from drought affects health and property through wildfires, then river ecosystems, property, and human life from landslides. Aggregation occurs when risks with unrelated causes – including those not directly related to the climate – occur simultaneously. For example, if an area is hit by an earthquake and a drought at the same time.

Take Cape Town’s drought as an example, which peaked in early 2018. Effective responses to the drought were delayed by the political risk of declaring a disaster and a lack of feasible water supply alternatives.

Responses became increasingly urgent when it seemed that the city of four million people might run out of water. This risk was expected to cascade, affecting health, economic output and security. Responses by different groups interacted to generate risks to municipal finance, as households used less water.

The interactions among risks matter because they can increase (or decrease) the overall level of risk. And the resulting overall risk may be very different from the sum of the individual parts.

Understanding the interactions among risks has the potential to change the way we respond to climate hazards.

Policymakers may worry that a response is riskier than the “physical” climate risk itself. This can delay action. Integrating responses into the way decision makers look at climate change risk helps make scenarios clearer.

Our framework aims to strengthen assessment of complex climate change risks by clarifying the types of interactions that generate risk and where they originate. Assessments like this will better reflect the real-world challenges of managing risks across interconnected environmental, socio-economic, and political systems.