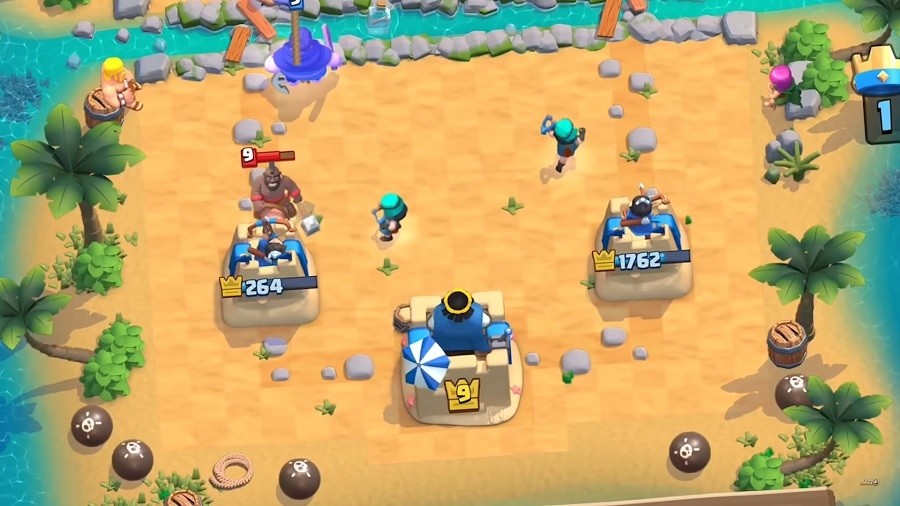 There was a time in the history of video gaming when eSports were limited to titles played on PC and consoles. However, with the popularity of multiplayer online battle arena games like “Clash Royale,” eSports have also become quite popular to mobile gamers.

Just this week, a major “Clash Royale” tournament is taking place in Asia -- the biggest continent and regional market for the gaming industry. The league will be happening through the fall season.

‘Clash Royale’ League Asia: Who are the playing teams?

The Asian tournament for “Clash Royale” officially began on Thursday in Seoul, South Korea with a total of 12 teams divided into two groups. All-Japanese teams PONOS Sports and DetonatioN Gaming are in Group A along with Talon Esports, KIX Team, Chaos Theory, and KING-ZONE DragonX. On Group B are the teams GameWith, SANDBOX Gaming, OGN Entus, Bren Esports, FAV Gaming, and OP.GG Sports.

Both “Clash Royale” groups will play on a Double Round Robin format all in Best of 3s, Liquipedia reports. In the end, the top 4 of both groups will proceed to the playoffs. The elimination round is slated to conclude on Oct. 13.

As of this writing, Chaos Theory, DetonatioN Gaming, and KIX Team are leading the Group A first-round standings after winning, all in 2-0, against PONOS Sports, Talon Esports, and KING-ZONE DragonX respectively. The “Clash Royale” League Asia Group B will have its first match on Sunday, Aug. 24.

Then on Oct. 19, the “Clash Royale” League Asia playoffs will begin. The game format is Double Elimination Bracket with all matches played in Best of 3s as well. This tournament’s grand finale is scheduled on Nov. 2.

As for the other “Clash Royale” players enjoying the game at home, this month it also marked the beginning of season 2 with a slew of gameplay updates and new features. The season 2 update is officially called Shipwrecked and went live last Aug. 5.

One of the biggest content that arrived with “Clash Royale” season 2 is an all-new arena called the Shipwreck Island. Players can also participate in an array of challenges throughout the season such as Wall: Breakers Island Rush, Goblin Barrel Draft, Fireball Challenge, and Take to the Skies. Winning these challenges will reward players with new cosmetics and game boosts. “Clash Royale” is available on iOS and Android.