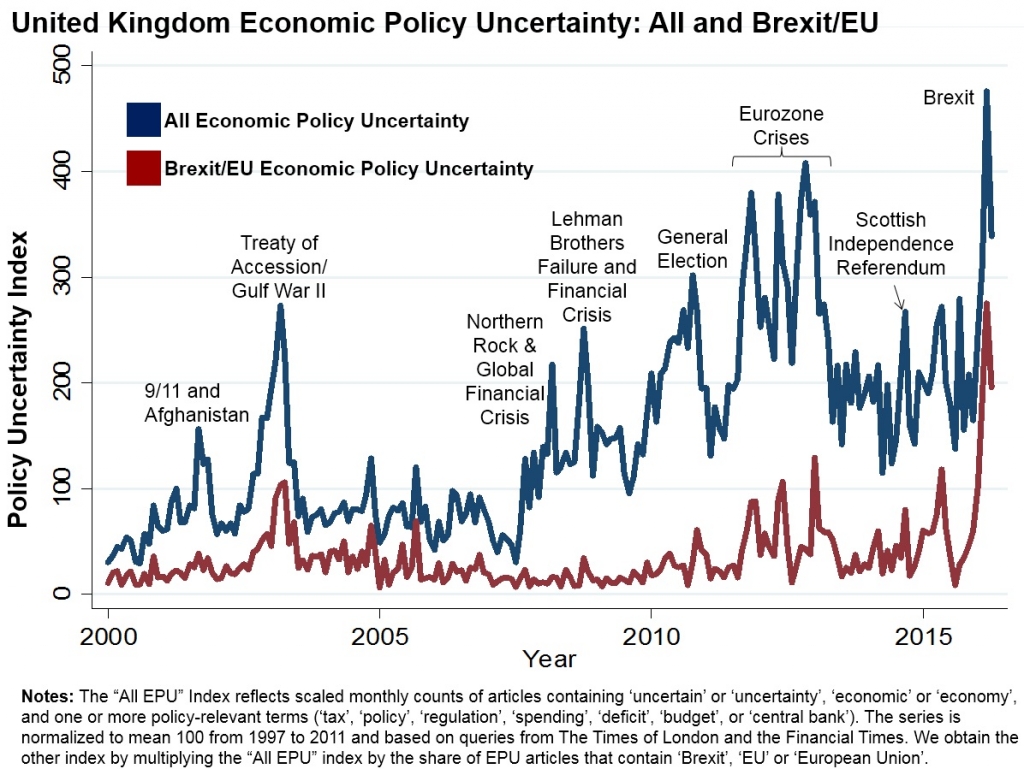 According to data from policyuncertainty.com (EPU), economic policy uncertainty in the United Kingdom is hovering at its highest point, surpassing previous records during Scottish referendum, Eurozone crisis, Gulf war and global financial crisis of 2008.

EPU attributed the uncertainty to Brexit, which does make sense.

Since the announcement of the date, June 23rd, on which 43-year-old relationship could unravel, there have been uncertainties both over fiscal and monetary policies. Both of the policy fronts had to wait it out the referendum results before taking up major initiatives and in case Britons vote to exit the union, uncertainties are even more.

Simply because it has never happened before. Fiscal authorities are not sure which policies to take up in the case of an exit. The current government of UK, which is pro-EU, will face tough challenges from the opponent, who will surely demand to hand over the baton. Those who are campaigning for an exit will call themselves better equipped to handle the exit.

Bank of England (BOE) which is maintaining interest rate at 0.5%, may have to dive into the negative, another uncharted territory for the bank.

EU, which has never handled an exit before will face tough choices while negotiating relations as per article 50of the treaty.

Whether an exit proves good or bad, only time will tell but in the meantime, UK will be hit with uncertainties like never before.