Brexit: a Norwegian view on the Norway-plus model and why it wouldn't be easy for the UK 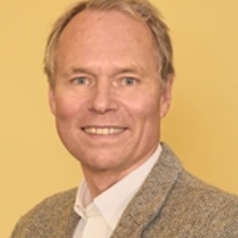 The UK parliament’s rejection of the government’s Brexit deal has put the idea of a “Norway-plus” model back on the table as a possible outcome of the UK’s long march towards Brexit. Norway is not a member of the EU, but it is associated with the bloc through more than 130 agreements, including the comprehensive European Economic Area (EEA) agreement. Through these agreements, Norway has incorporated roughly three quarters of EU legislation, but is not involved in making these laws.

The EEA agreement is based on a structure that mirrors the governance and legal institutions, with bridging arrangements between the countries in both the European Free Trade Association (EFTA) and the EU. The institutional arrangement reflects the fact that Iceland, Liechtenstein and Norway were not willing to rescind sovereignty to a set of international institutions. Switzerland is the only EFTA member that is not in the EEA and it has its own separate arrangement with the EU. This includes free movement of persons and goods, but only to a limited extent the free movement of services. But all these countries have access to the EU’s single market.

To adopt the Norway model, the UK and EU would have to include the EFTA states in their negotiations. The UK would also have to seek membership of EFTA, or reach a separate agreement with the EU and the EFTA states.

For reasons of reciprocity, the other parties to the EEA agreement would have to give their approval to such an arrangement within the EEA. It would also require the agreement of Switzerland, since Switzerland is party to the EFTA treaty.

Not tailored to UK interests

It’s not clear that such negotiations with the EFTA states, and with Norway in particular, would be straightforward. Although the Norwegian prime minister, Erna Solberg, and influential Icelandic politicians have indicated they would welcome the UK into EFTA, there have also been some more reserved voices.

Norway has many interests in common with the EU’s Nordic and continental member states. It is a strong defender of a social market economy and defends a significant role for the public sector in shaping society. It is well-known for its progressive policies on gender equality and sustainable development. The UK and Norway, on the other hand, have different interests in many areas such as in fish, agriculture, and labour market standards, among others.

But Norway also has strong historical and contemporary bonds with the UK, from trade to defence. The two states share a restricted vision of the EU’s political development in the sense that neither want the EU to become a fully-fledged federal state. The UK is also one of Norway’s largest single state markets for goods and services.

If the UK joins the EEA, the UK’s significantly greater size and global influence will likely unsettle the balance within the EFTA-part of the EEA. The UK’s and Norway’s differences in interests and priorities will become apparent, as the EEA is not tailored to the UK’s interests. Crucially, non-EU EEA countries have to agree unanimously to adopt a EU law into the EEA. This has worked well up until now, but will probably be much harder should the UK be part of this arrangement.

The UK is unlikely to end up balancing state sovereignty, national democracy and market access in a way similar to Norway. Norway’s handling of its many types of EU association relies on a range of factors, not least the ability to de-politicise the situation and to disassociate the deeply politicised issue of EU membership from the rapid and dynamic process of adopting new EU legislation. The UK’s political system is prone to confrontation, and stands in marked contrast to Norway’s where consensus is usually sought.

The UK is likely to politicise the EEA agreement and in doing so may render more starkly apparent the fact that EEA countries are not EU members, but must accept EU law. Today, Norway enjoys a status as an awkward special “member” of the EU because it is so tightly included within the single market. The process of Brexit will symbolically and substantively underline that Norway is not actually a member – and this will clearly rub off on the EEA if the UK is included within it.

Even though there has been a lot of consensus over the Norway model within Norway, the country is deeply divided over the question of whether Norway should actually join the EU. The strongest opponents to membership also oppose the tight affiliation to the EU through the EEA agreement, and their view has been gaining support recently.

From this point of view, accession of the UK to the EEA agreement could be welcome, as it could contribute to a politicisation of the way EU law is adopted into the EEA agreement. On the other hand, the Norwegian employers’ association has noted that the UK may weaken the EEA if it joins as a member.

The approach in Norway to the possibility of the UK joining the EEA can’t be separated from the larger EU membership debate in Norway. Many fear, or hope, that Brexit will lead to the sidelining of the EEA if the UK adopts the Norway model.