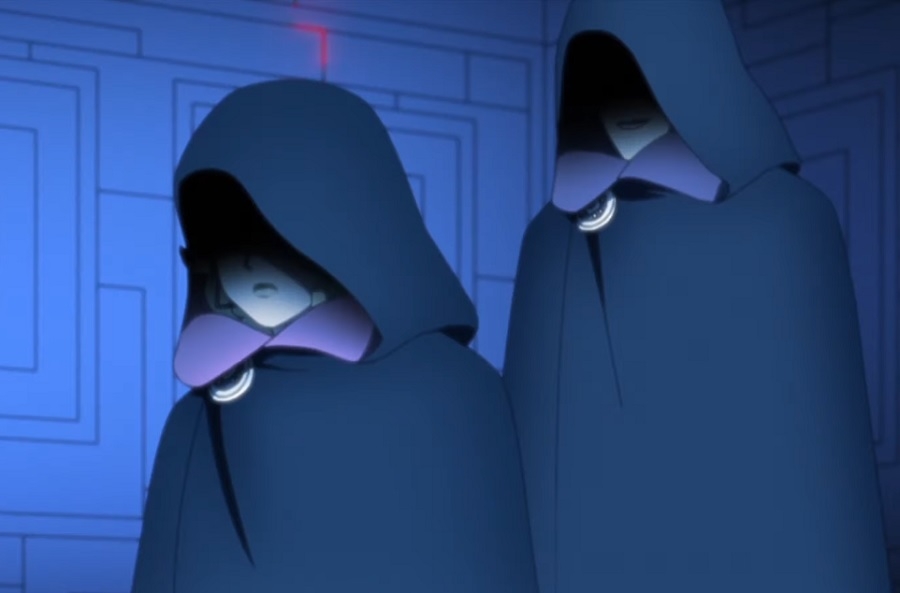 There are many variables in the imminent battle that Boruto, Sasuke, and Naruto will face against Isshiki, and Code’s involvement could be one of them. However, Isshiki has other priorities in “Boruto” chapter 50 that he cannot face unless the trio is totally defeated and this opens the possibility for him to enlist Code’s help.

Will Code make an appearance in ‘Boruto’ chapter 50?

Isshiki is the remaining member of Kara who is not hurt and can fulfill tasks for Isshiki. It can be recalled that Amado sent Delta into sleep mode while Kashin Koji, aka Jiraiya’s clone, turned out to be a creation only meant to stop the Otsutsuki. That makes Code the only ally Isshiki can rely on in “Boruto” chapter 50.

The last time he appeared in the manga, Code was seen guarding the Ten-Tails Beast in a foreign dimension. Considering the importance of the Jubi’s importance in fulfilling the Otsutsuki’s sole purpose of arriving on Earth, this means that Isshiki knows Code is strong enough to be trusted to contain the creature. But Isshiki just also learned that Boruto can tap on his abilities brought by his karma seal, and that might convince the villain to seek help in “Boruto” chapter 50 from his remaining ally.

Code is such a wild card in the sense that the manga series has barely revealed anything about his true combat skills. It should be noted that Isshiki did not expect Naruto to escape from Boro, so it should say something about Code’s abilities as well. On the other hand, seeing Isshiki fight by himself against two of the strongest shinobi in Konoha plus Boruto who has karma would make sense just to establish how powerful the current enemy is. It then makes sense for Isshiki to just send Code on another assignment such as infiltrating Konoha and retrieve Kawaki. This is just one of the possibilities for “Boruto” chapter 50, but what’s almost certain is for the battle with Isshiki against Naruto, Sasuke, and Boruto to begin.

The manga series gets a new installment only once a month, so it is a bit of good news that “Boruto” chapter 50 is scheduled to be released two days earlier than usual. It will be available on Friday, Sept. 18 through official channels such as Manga Plus and Viz’s Shonen Jump.