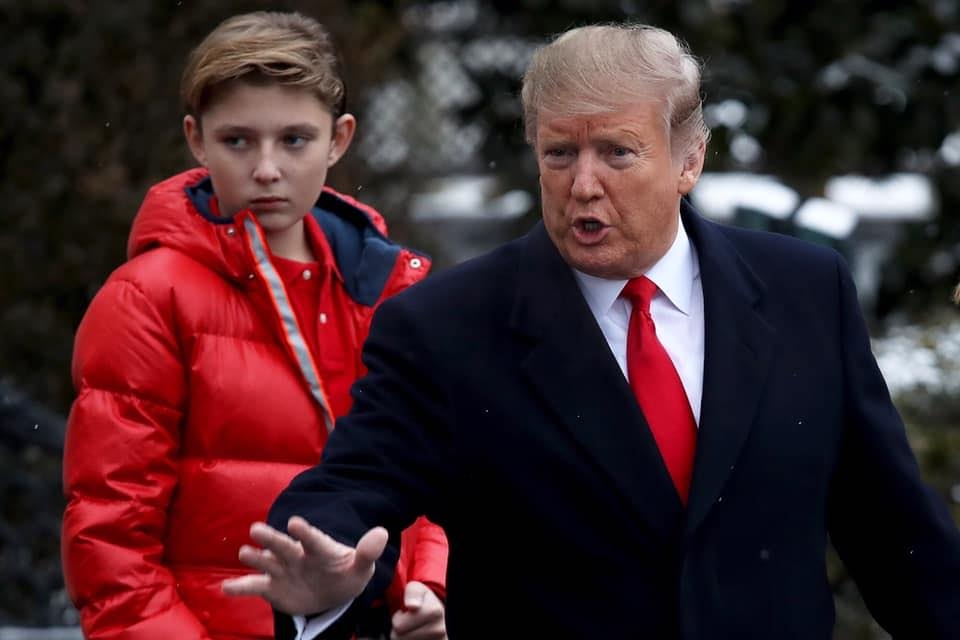 It seems that Barron Trump, President Donald Trump, and Melania’s 13-year-old son, experienced a massive growth spurt while no one was watching. In a recent public appearance with his high profile parents, many were surprised to see that the teenager is now actually taller than his father.

Photos and video clips have been circulating on the net showing Barron Trump walking with his parents, Donald Trump and Melania Trump, on their way to board Marine One, the helicopter used as transport by the POTUS and his family. But people were surprised to notice that the thirteen-year-old boy now towers over his father, who is around six feet, three inches tall, according to Business Insider.

Understandably, many were shocked at Barron’s rapid growth. He has grown considerably taller compared to his height during Donald Trump’s inauguration in 2017 when his father was still visibly taller than him. Betsy Klein, a reporter from CNN, estimated that Barron might have grown “half a foot since Thanksgiving.”

Some joked on social media that if he continues with his current growth spurt, he might consider a career with the NBA a few years down the road. “Barron Trump is going to be the greatest dunker the NBA has ever seen,” someone posted on Twitter, Express reported.

“When did Barron Trump get this tall?” another netizen asked. “We could have a star basketball player in the works here.”

Barron was even compared to Kristaps Porziņģis, the seven-foot, three-inch player of the Dallas Mavericks. But whether he continues to grow just as fast in the future, many believe he’s quite tall for his age. “Barron Trump is the world’s tallest 13-year-old,” journalist Christine Rouselle wrote on Twitter.

Mail Online also came up with a nice monicker for the youngster. “TRUMP TOWER,” the publication's headline reads.

It’s easy to miss on Barron’s growth in the past months because he is not as visible as his parents, Donald Trump and Melania. The president’s son is rarely seen in public as he is busy with his studies attending a private school in Potomac, Maryland.

Barron is not Donald Trump’s only child that ended up being taller than him. His second son, Eric Trump, is six feet, four inches tall which makes him also taller than his father.