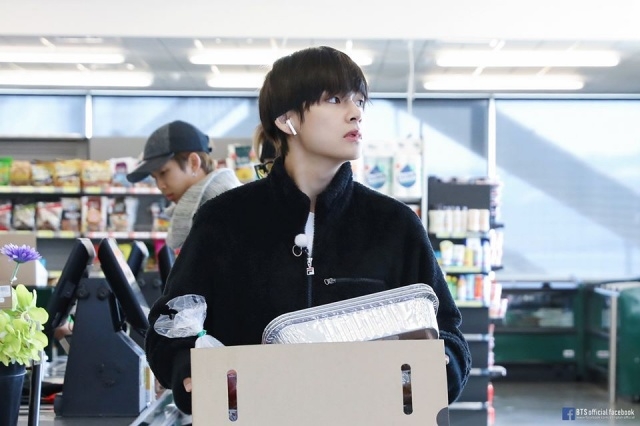 BTS V is celebrating his birthday on Dec. 30 and as he turns 24, his fans want the occasion to be the best as possible. In fact, they are going all out that they could be making a record with the extent of what they have prepared so far.

The BTS member’s fans based in China manages the social media account called KimTaehyungBar and everyone can see that this is one of V’s biggest fandoms. The group is also known to organize big projects and events for their favorite BTS singer thus they are also popular among the fan clubs.

On Dec. 2, Chinese fans announced through social media that they have launched the fourth big event for BTS V’s birthday celebration. In the project that they named "Vionysus," the group has divided their gifts through a series of events that they have been launching since the start of the month. It was revealed that the fourth part is called "Triumph in the skies" and they explained that its purpose is to make the public become more aware of V.

“Our purpose is to not only satisfy the fans but also expand the public and international influence of Kim Taehyung in a wider range, contributing a better future for him,” KimTaehyungBar wrote.

What is “Triumph in the Sky?”

This gift is where the fans paid for Asiana Airlines to play BTS V’s ad during flights. This is the first time that a gift like this has ever been given to anyone. The airway video ads have been arranged to be run by KBS Channel and it will be played from Dec. 1 to Dec. 31. Fans were hoping that BTS V already saw this gift when he flew to Japan for the 2019 MAMA via Asiana Airlines.

The other events V’s birthday

At any rate, Allkpop reported that the first three events that have already been launched by the fans include the "Mark of the Golden Age" where they released 13 Million copies of local news papers with a full-page of BTS V’s birthday wishes. The second is the "City of Thousands Stars" where they put up the singer’s posters on the walls and LED screens on the subways in Seoul. Lastly, the "LA LA LAND" where fans put up V’s ads on LED screens in Hollywood.