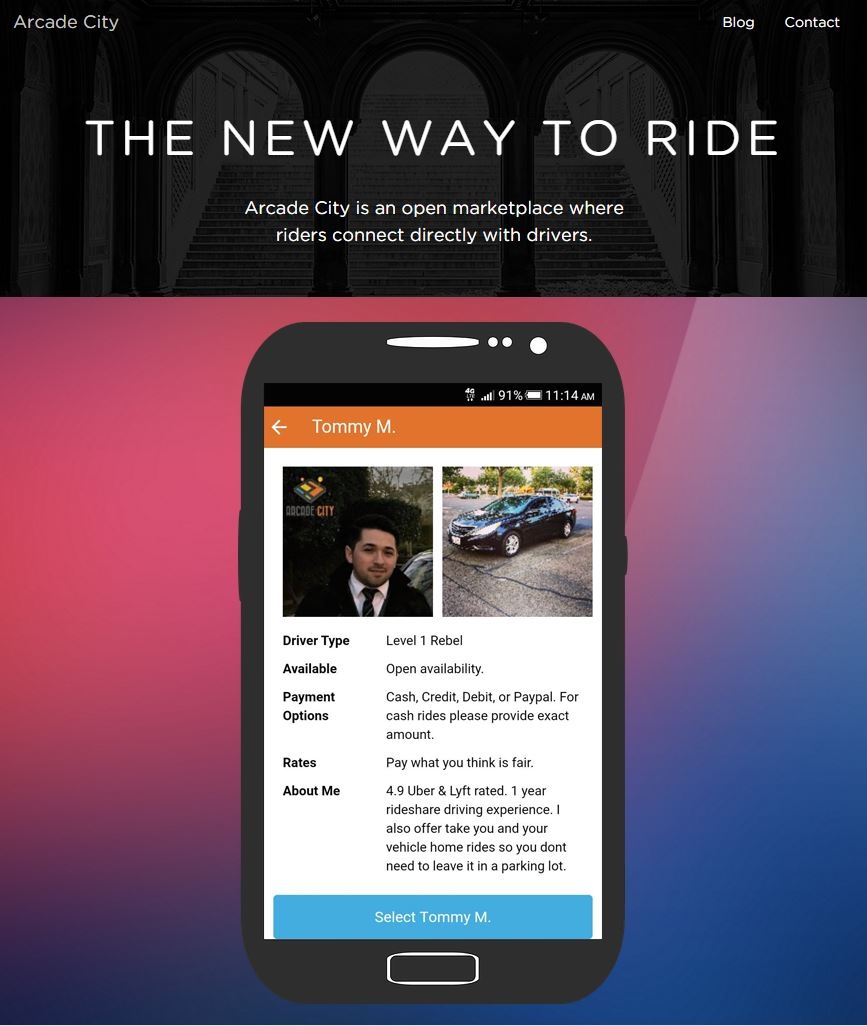 Arcade City, an open marketplace where riders connect directly with drivers, has announced the launch of its mobile app this month to the Apple and Android app stores.

The ridesharing startup also announced that it has started integrating its service with blockchain technology using Ethereum – a decentralized application platform. It says that the technology is similar to bitcoin but more suitable for governing peer-to-peer interactions.

“Arcade City will use Ethereum to issue 'crypto-equity' to drivers, allowing them to own up to 100% of the company by 2020”, the online post read.

The company, launched in the aftermath of sudden rate cuts by Uber and Lyft that slashed driver take-home pay up to 40% overnight, quickly signed up more than 3,000 drivers, most of them current or former drivers for the 'big two' ride-sharers.

"The Achilles' heel of Uber and Lyft is their centralized management of pricing," said Arcade City founder Christopher David, a former Uber driver. "By decentralizing that decision to the level of the driver and rider, Arcade City frees the driver to be an entrepreneur, and empowers the rider with control over their entire experience. Both drivers and riders are loving it so far."

The startup allows riders to review driver profiles in advance and choose the driver they prefer. Drivers, on the other hand, are free to set their own rates and offer additional services like deliveries or roadside assistance. The company claims that nearly half of current drivers give rides on a 'pay what you think is fair' basis.